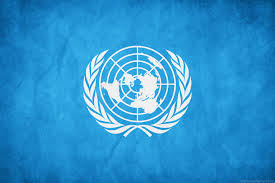 UNITED NATIONS - The United Nations said on Wednesday it expects Israel to continue with the Middle East peace process to negotiate a Palestinian state after Israeli Prime Minster Benjamin Netanyahu was re-elected on a pledge to abandon that commitment. In the final days of campaigning ahead of Israel's election on Tuesday, Netanyahu said he would not permit a Palestinian state to be created under his watch and also promised to go on building settlements on occupied land. UN Secretary-General Ban Ki-moon welcomed the preliminary results of the Israeli election and hoped for the rapid establishment of a new government, said spokesman Farhan Haq. "It is incumbent on the new Israeli Government, once formed, to create the conditions for a negotiated final peace agreement - with the active engagement of the international community - that will end the Israeli occupation and realize the creation of a viable Palestinian State, living in peace and security alongside Israel," Haq told reporters. He said this also included the "cessation of illegal settlement building" in the occupied Palestinian territories. Palestinians seek a state in Gaza, the West Bank and East Jerusalem, lands Israel captured in the 1967 War. "The Secretary-General firmly believes this is also the best and only way forward for Israelto remain a democratic state," Haq told reporters. Ban again urged Israel to resume transfer of tax revenue to the Palestinians. Israel is withholding critical tax revenue in retaliation for Palestinian moves to join the International Criminal Court (ICC).  - Reuters