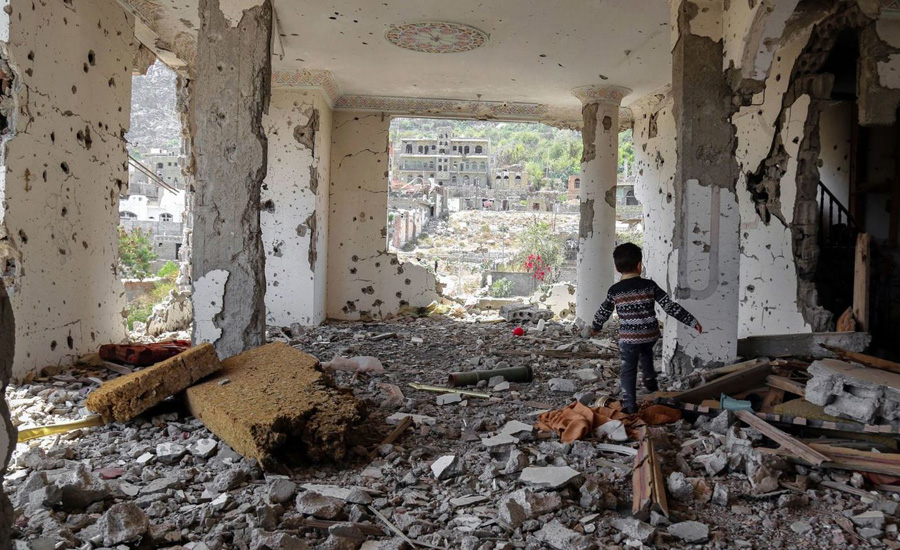 The UN urgently needs $350 million for humanitarian projects in Yemen, a senior official said Sunday, insisting it was mere "peanuts" compared with the cost of the country's war.

Geeet Cappelaere, Middle East and North Africa director at the UN children's fund UNICEF, made the comments in Amman, Jordan after a visit to Yemen.

"UNICEF is asking for 2018 alone for its humanitarian programme close to $350 million. That is peanuts compared to the billions of dollars that are currently invested in fighting war," Cappelaere said. "We are asking for peanuts," he told reporters.

Cappelaere appeared to be making a jibe at US President Donald Trump.

On Tuesday Trump hosted Saudi Crown Prince Mohammed bin Salman at the White House and told his guest the oil-rich kingdom would be spending "peanuts" to purchase billions of dollars worth of military equipment, including aircraft, from the United States.

At the meeting Trump held up a cardboard with pictures of the items and topped with the words "12.5 billion in finalised sales to Saudi Arabia", telling a smiling Salman "that's peanuts to you".

More than 9,200 people have been killed and tens of thousands wounded since the coalition intervened in March 2015.

The United Nations says the war in Yemen has triggered the world's largest humanitarian disaster, with 8.4 million people facing imminent famine, as the country also battles cholera and diphtheria outbreaks.

Cappelaere gave a dire report on conditions in Yemen, and called for the "brutal senseless war on children to stop now".

He said children are bearing the brunt of the conflict in many ways.

"Five children were killed every single day in Yemen in 2017," he said, while "every single girl or boy in Yemen is facing acute humanitarian needs".

In addition, an estimated 80 percent of all Yemenis are living in poverty, Cappelaere said.

"I was shocked last week in Sanaa by the hundreds... thousands of children who are begging in the streets," he said.

"It is incredibly heartbreaking to see very small children stretching out their hands" for some food or money, he said.

The UNICEF regional head said "none of the parties, or those who have influence over the fighting parties, have for a single second... shown the slightest respect for the protection of children".

He also called for the flow of humanitarian aid into Yemen to be unimpeded.