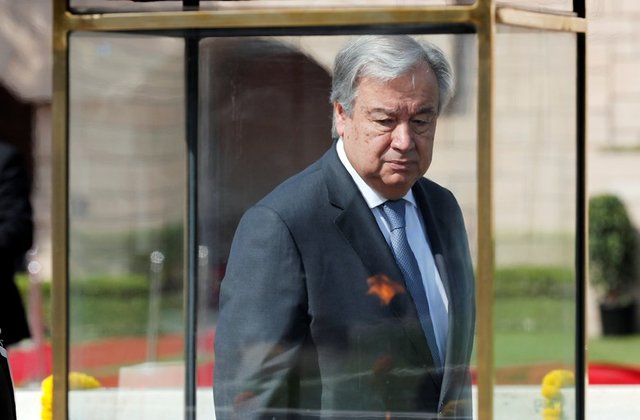 WASHINGTON (Reuters) – UN Secretary-General Antonio Guterres is “deeply troubled” by the confirmation by Riyadh of Saudi journalist Jamal Khashoggi’s death, a United Nations spokesman said . The UN chief called for a “prompt, thorough, transparent” probe into the circumstances of Khashoggi’s death and urged full accountability for those who were involved. Saudi Arabia’s acknowledgement that Khashoggi died came after two weeks of denials and growing demands from Western allies for an explanation over Khashoggi’s disappearance, which galvanized a global outcry and prompted some US lawmakers to call for harsh action against Riyadh. Khashoggi went missing after entering the consulate on Oct. 2 to obtain documents for his upcoming marriage. Days later, Turkish officials said they believed he was killed in the building, an allegation that Saudi Arabia had, until now, strenuously denied.