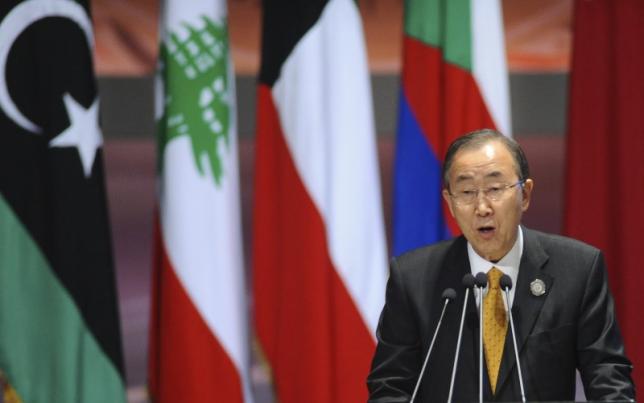 BAGHDAD- United Nations Secretary General Ban Ki-moon said on Monday he was concerned about reported abuses by Iraqi pro-government forces, including militias, in their war against Islamic State. "I am... concerned by allegations of summary killings, abductions and destruction of property perpetrated by forces and militias fighting alongside Iraqi armed forces," Ban said in a statement after meeting Iraqi President Fouad Massoum in Baghdad. Ban also expressed concern that neither the Iraqi government nor the world community was capable of taking care of the more than 2.5 million Iraqis displaced in the conflict. - Reuters