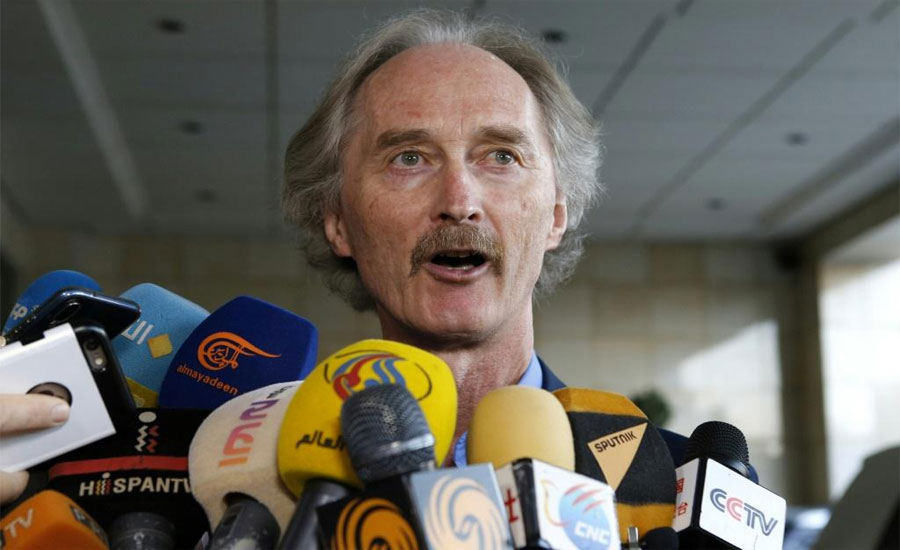 NEW YORK - The United Nations announced Monday the long-awaited creation of a constitution-writing committee on Syria that will include the government and opposition, but it remained to be seen if the step could finally end the civil war. UN Secretary-General Antonio Guterres hailed the committee as the first step toward finding a political settlement to the conflict, which has killed hundreds of thousands of people in more than eight years of fighting.
But experts encouraged caution, questioning how much it is likely to achieve with Russian-backed President Bashar al-Assad's grip on power appearing to get stronger and stronger with each passing month. "I firmly believe that the launching of a Syrian-organized and Syrian-led Constitutional Committee can be the beginning of a political path towards a solution," Guterres told reporters. He said on the sidelines of the 74th UN General Assembly in New York that his envoy to Syria, Geir Pedersen, would bring the committee together in the coming weeks. The committee is to include 150 members -- a third picked by the regime, an equal number by the opposition, and the remaining third by the United Nations. The European Union's foreign policy chief Federica Mogherini welcomed the announcement and said it "gives back hope to the Syrians." "We look forward to the inaugural meeting of the Constitutional Committee at the earliest possible opportunity and expect that this should represent the start of a process ultimately leading to peace that Syrians so clearly need and deserve," she said in a statement. The UN first backed the idea of a committee at a conference hosted by Russia in January 2018 but Assad's government delayed over the makeup of the body. Monday's announcement came after Guterres said last week that an agreement had been reached concerning "the composition of the committee." Arguments over who would take on which roles on the body also delayed the process. A sticking point had been the 50 members selected by the UN.

Pedersen told reporters in Damascus Monday that he had held "successful" talks with Syrian Foreign Minister Walid Muallem on forming the committee. The UN diplomat also said he had "good discussions" with Nasr al-Hariri, the head of the Syrian Negotiation Commission opposition grouping. However, the Kurdish administration that effectively controls northeast Syria on Monday decried its exclusion from the committee as "unjust," saying it undermined the principles of democracy. It is unclear what the committee might achieve. Damascus hoped to amend the current constitution, while the opposition wants to write a new one from scratch. Western countries hope it will pave the way for free and fair elections and will also allow millions of Syrians, many of whom are hostile to Assad, to return home. But analysts say Assad is unlikely to agree to anything that threatens his position. Julien Barnes-Dacey, of the European Council on Foreign Relations, said there were "enormous questions" surrounding the committee. "The Syrian government will undoubtedly continue to obstruct this process. We must not expect a fair political settlement or substantial reforms on its part," he said. Numerous rounds of UN-led peace talks have failed to end a war that has killed more than 370,000 people and displaced millions since erupting in 2011 with the repression of anti-government protests. In recent years, a parallel negotiations track led by Russia and rebel backer Turkey has taken precedence. With military backing from Russia, Assad's forces have retaken large parts of Syria from rebels and jihadists since 2015, and now control around 60 percent of the country. SOURCE: AFP