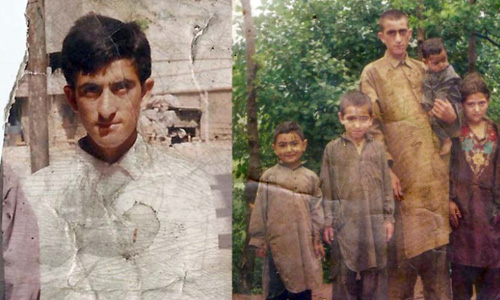 ISLAMABAD – Shafqat Hussain charged as a child with murder was dressed in a white uniform, ready for hanging, and told to write his will before the execution was postponed, his family said on Thursday. Lawyers for Shafqat Hussain say he was just 14 in 2004 when he was burnt with cigarettes and had fingernails removed until he confessed to the killing of a child, a case that has angered rights groups and prompted mercy appeals from his family. Hussain's hanging was postponed indefinitely, his brother, Gul Zaman, told Reuters. "We were awake all night and praying to God," Hussain's mother, Makhani Begum, told Reuters on Thursday. "There was no hope that we would ever see him alive again, but thanks to Allah, who saved my little child from this brutal punishment." Gul Zaman said he was with his brother when he was prepared for execution. "They dressed him up in white uniform for the execution. Then they asked him to write his last will. He wrote: 'I am innocent. They want to hang me for a crime I have not committed, to save others who have been freed'." Hussain's family made heartrending appeals to the government on Wednesday, complaining of a flawed justice system that allowed months of torture to extract a confession. –Reuters