UNGA to meet on situation in occupied Palestinian territories 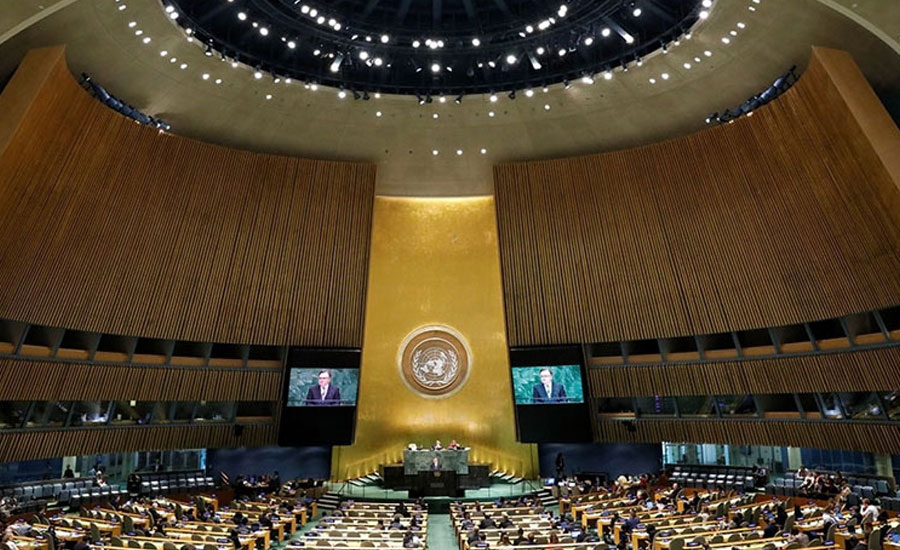 UNGA to meet on situation in occupied Palestinian territories

NEW YORK (Web Desk) - The UN General Assembly will hold an urgent meeting tomorrow to discuss the grave situation in the Occupied Palestinian territories, including East Jerusalem, as Israel presses on with its deadly aggression in Gaza and West Bank.

The session is in response to a request from the chairmen of the OIC Group at the UN and the Arab Group in a joint letter to the 193-member Assembly President Volkan Bozkir of Turkey.

He told reporters at UN Headquarters in New York that he would continue to push the Council to take action and to speak in one voice on this grave situation.

Pakistan’s Permanent Representative to the United Nations Munir Akram in an interview with CNN said it is most regrettable that the Security Council has remained paralyzed in this crisis.

He said the world expects that at the very least the Council will call for an immediate halt to the hostilities and prevent the killing of more innocent children, women and men.