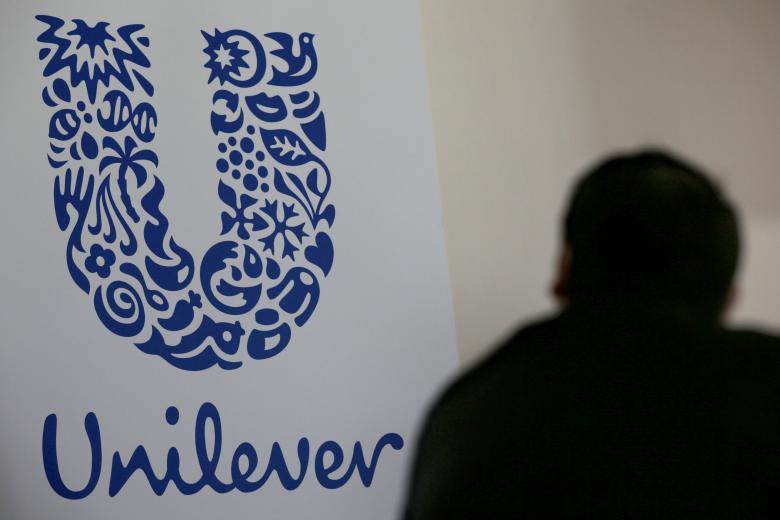 LONDON -Unilever's push to raise the prices of its brands in Britain in response to a fall in the pound exposed the vulnerabilities of a company - and wider consumer brands industry - that can no longer count on selling more goods to deliver revenue growth.
Consumer goods companies have been grappling with slowing volume sales over the past year, hit by falling household spending across the world, fierce competition from retailers' own-brand products and economic weakness in emerging markets. The pound's plunge since the June Brexit vote has put extra pressure on firms like Unilever, whose brands include Marmite yeast spread and Dove soap, by driving up the cost of their imports to Britain and dollar-traded commodities. Last week the Anglo-Dutch company tried to raise the prices of a range of products by 10 percent in Britain, prompting a stand-off with the country's largest supermarket, Tesco, which balked at the demand. The dispute - which showed an early effect of Britain's decision to leave the EU - was quickly resolved, but gave the public a rare glimpse into the difficult discussions that industry sources say are happening across the sector. An executive at one of Unilever's main rivals said it was also discussing possible price increases with UK supermarkets. A source at another rival said it faced the same pressures as Unilever but that it was not yet ready to raise prices and first wanted to exhaust cost-cutting options. Spirits company Pernod Ricard told Reuters it was planning price increases in Britain too. The Unilever row illustrated how reliant the company is on price rises - rather than increased volume sales - to make more money from shoppers around the world and how difficult that strategy may be to keep up, even as volatile currency and commodity environments drive up costs. The day "Marmitegate" dominated the front pages of British newspapers, the company reported a 3.2 percent rise in quarterly sales - with a 0.4 percent drop in the number of goods sold comfortably offset by a 3.6 percent increase in prices. It is not alone among its peers in this trend of slowing volumes and rising prices. This could put the sector on course for a long battle with big retailers like British supermarkets, which conversely need high sales volumes because of their tight margins and fixed costs, and low prices due to fierce competition in the domestic market. How this conflict might play out is unclear, with the Tesco row perhaps just a taste of what is to come. French food group Danone, which makes Activia yoghurt and Aptamil baby formula, reported a 0.7 percent fall in third-quarter volumes this week but, like Unilever, used price increases to drive a 2.1 percent rise in sales. Britain's Reckitt Benckiser's, which does not break down its sales by volumes and price rises, reported its weakest quarterly growth in over five years on Wednesday. Nestle also posted its weakest sales growth in more than a decade on Thursday, with volumes slowing. Procter & Gamble reports results next week. Unilever, Reckitt and P&G all declined to comment on any future plans for price increases, while Danone did not respond to a request for comment. WHY UNILEVER? Unilever is the No. 1 supplier of ice cream, deodorants, bath and shower products and margarines and spreads in many countries, and has invested in marketing and brand innovation over the years, which gives it pricing power. But industry experts said the company's request for 10 percent price rises in Britain was aggressive, and that they did not expect its rivals to demand such high increases. "We think all UK food producers are going to need price increases in the next few months but we can't see 10 percent," said Jefferies analyst Martin Deboo. "Unilever's pricing strategy does seem to be about as aggressive as it could be." Unilever said its reliance on price increases was largely down to factors including weak consumer demand in emerging markets and the sharp devaluation of Latin American currencies. It is more exposed to these regions than most of its peers. Emerging markets as a whole account for almost 60 percent of its sales, with Latin America generating 16 percent of sales. -Reuters