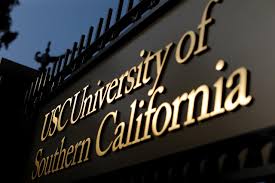 CALIFORNIA (Reuters) – The president of University of Southern California is resigning after criticism over the school’s handling of complaints that a campus health clinic gynecologist sexually abused his patients during pelvic exams, the school said. CL Max Nikias will step down after serving as the school’s president for nearly eight years, the university’s executive committee of the board of trustees said in a statement. “President Nikias and the Executive Committee of the Board of Trustees have agreed to begin an orderly transition and commence the process of selecting a new president,” committee chairman Rick Caruso said. Nikias could not be reached immediately for comment. His resignation comes three days after 200 faculty members demanded in an open letter he quit as USC faces a rising tide of litigation accusing Dr George Tyndall of misconduct and the university of complicity and negligence. Tyndall resigned from the university last year after an internal inquiry found his pelvic examination practices were beyond accepted medical standards and that he had harassed patients. “I share your outrage and understand the frustration and anger regarding the situation with the former physician,” Caruso said. Tyndall, 71, could not be reached by Reuters for comment. However, he has denied wrongdoing in interviews with the Los Angeles Times. More than 2,200 students, alumni and others at USC, one of the most prestigious private U.S. higher education institutions, signed a separate online petition calling for Nikias’ ouster as the campus reeled from its third major personnel scandal since last year. The university has acknowledged failing to properly act on at least eight complaints made against Tyndall between 2000 and 2014. Several former patients filed civil lawsuits during the week and one new accusation lodged in a sworn declaration released on Tuesday dates back to 1991. The university recently brought the situation to the attention of the Los Angeles County District Attorney’s Office, which referred the matter on May 9 to the Los Angeles Police Department “to investigate potential criminal misconduct,” a spokesman for the district attorney’s office said in an email. LAPD spokesman Tony Im said police have no active criminal investigation into the matter. Nikias came under fire last year over accusations of chronic drug abuse by a former USC medical school dean and allegations of sexual harassment by another medical school dean. Those scandals were cited in both the faculty letter and the online petition as evidence of Nikias’ failures as president.