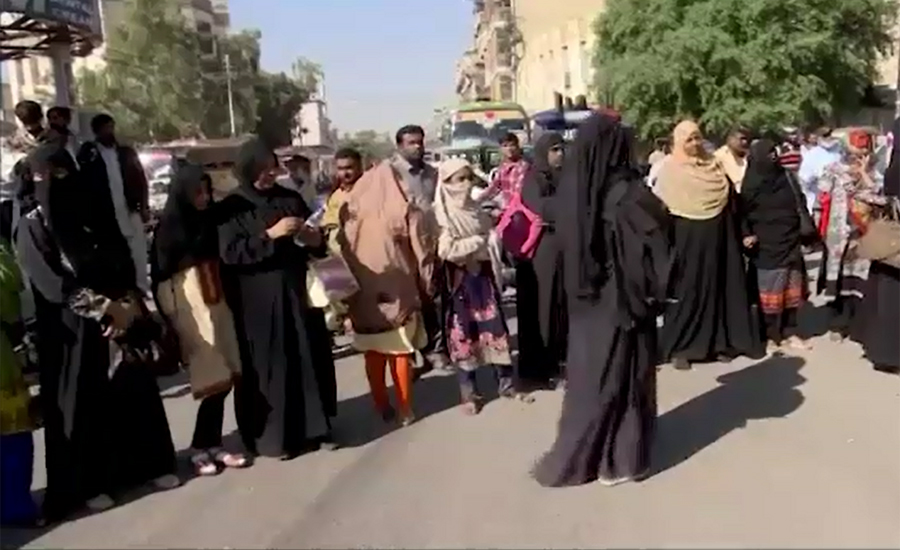 KARACHI (92 News) – Unpaid lady health workers boycotted the anti-polio campaign and staged a demonstration outside Sindh Secretariat on Wednesday. They also chanted slogans against the government. The protesters told 92 News that they have been unpaid for the last five months and their children were starving. Later, they ended their protest when the Health Department officials assured them of clearing their salaries. They also announced to resume the anti-polio campaign.