LAHORE (92 News) – Former premier’s personal physician Dr Adnan has said that it is untimely to say about former prime minister Nawaz Sharif’s treatment is possible in six weeks or not on Tuesday here. According to the reports, Nawaz Sharif reached Sharif Medical City for further check-ups. The various medical tests of Pakistan Muslim league-N (PML-N) supremo were conducted at Sharif Medical City. 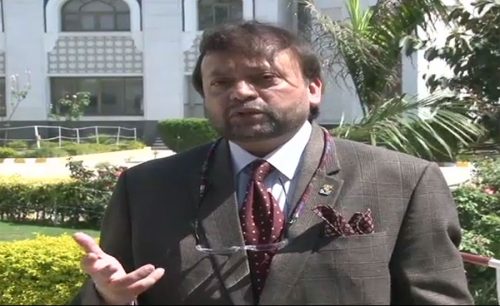 Dr Adnan said that a medical board comprising senior professors has been formed to conduct further tests and treatment. Various medical tests of the erstwhile prime minister will be taken at the Sharif Medical City today. He also said that however, the resistance in blood circulation of Nawaz Sharif’s body identified. “Due to the health danger, it decided to conduct MRI test of neck and heart,” he added. Dr Adnan told that the further test would be conducted tomorrow. He also said that it is premature to say if Nawaz Sharif’s treatment is possible in six weeks or not. He further stated that it being discussed whether the PML-N supremo’s medical care is possible in Pakistan.

Earlier, the Supreme Court granted bail to former premier Nawaz Sharif on medical grounds for six weeks in the Al-Azizia reference. In addition, the court also suspended the sentence for six weeks. The court also stopped Nawaz Sharif from going abroad. However, he will be free to get treatment from anywhere in the country. The court also ordered to release him after furnishing two surety bonds worth Rs five million each. The bail has been granted on five grounds. A three-member bench headed by Chief Justice Asif Saeed Khosa heard the plea. Other judges in the bench included Justice Yahya Afridi and Justice Sajjad Ali Shah. Khawaja Haris, counsel for Nawaz Sharif, gave the reference of the letter written by Dr Lawrence. The CJ questioned the legal status of the letter. He stated that they had filed the application for suspension of sentence on medical grounds after the condition of his client deteriorated. He said that five medical boards had reviewed the condition of Nawaz Sharif and each medical board had recommended his shifting to hospital. “Nawaz Sharif needs to undergo angiography. According to doctors, angiography of Nawaz Sharif is a complex matter. The kidney disease has complicated the angiography of Nawaz Sharif who is also suffering from hypertension, heart, kidney and sugar diseases,” he stated. Khawaja Haris appealed to the court to grant bail to his client for eight weeks. “Nawaz Sharif’s name is on the ECL and he will go nowhere,” he said.