BHIT SHAH (92 News) – The 275th annual Urs celebrations of the great Sufi saint and poet Hazrat Shah Abdul Latif Bhittai begin at shrine town of Bhit Shah on Wednesday (today). The Urs celebrations that span three days include literary conference, Sufi music recital and spiritual activities to highlight the Sufi teachings of the saint. Shah Abdul Latif Bhittai ( 1689 to 1752) was a great Sufi poet and saint. He is widely considered to be the greatest poet of Sindhi language. His collected poems were compiled in “Shah Jo Risalo”, which exists in numerous versions and has been translated into English, Urdu, and several other languages. Governor Sindh, Imran Ismail laid Chaddar and the floral wreaths at the Mazar of Shah Abdul Latif Bhittai to officially open the proceedings of the Urs. 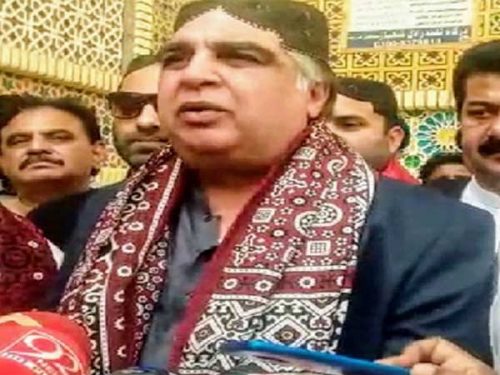 On the other hand, Sindh Governor Imran Ismail said that the Shah Abdul Latif Bhitai has given the message of love, peace and interfaith harmony. He was talking to the journalists in Bhit Shah after inaugurating three-day urs celebrations of famous sufi saint of Sindh Hazrat Shah Abdul Latif Bhitai (R.A) in Bhit Shah on Wednrsday. He asserted to convert Bhit Shah as a centre of religion and tourism in order to convey the message of famous sufi saint to foreign tourists and millions of devotees. Earlier, Sindh Inspector general of Police Dr Kaleem Imam directed for fool-proof arrangements to safeguard Urs celebrations and avoid any unforeseen incident.