Uruguay cruise to 3-0 win over Uzbekistan in final warmup 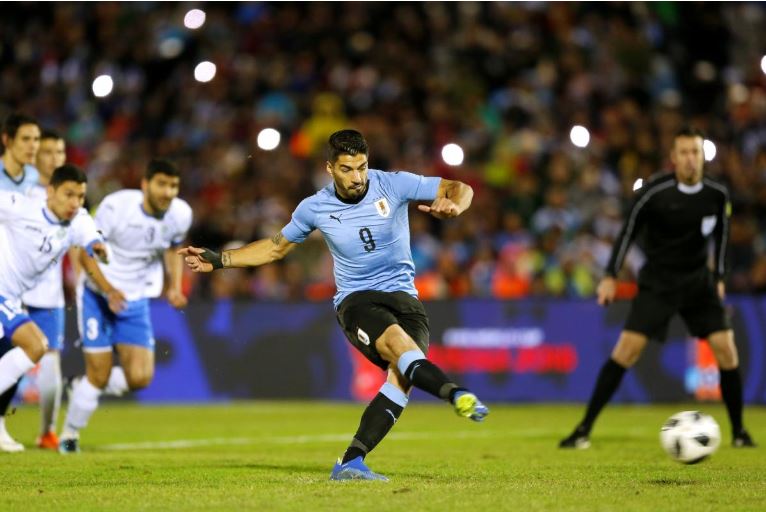 Uruguay cruise to 3-0 win over Uzbekistan in final warmup

MONTEVIDEO (Reuters) - Uruguay will head to the World Cup on a winning note after beating Uzbekistan 3-0 in a chilly warmup in front of their own fans . The win, against a side ranked 81 places below them at 95th in the world, was the third in a row for the South Americans and they have lost just once in their last nine games. Uruguay got the breakthrough after 31 minutes when Giorgian De Arrascaeta fired home from 15 meters following good work from Edinson Cavani and Luis Suarez. Suarez doubled their lead eight minutes into the second half when he slotted home a penalty and Jose Maria Gimenez headed home a corner in 72 minutes to make it 3-0. Uzbekistan were then reduced to 10 men when Komilov Akromjon was sent off. Uruguay, who won the World Cup in 1930 and 1950, kick off their World Cup campaign on June 15 against Egypt, play Saudi Arabia five days later before rounding out their Group A fixtures against hosts Russia.