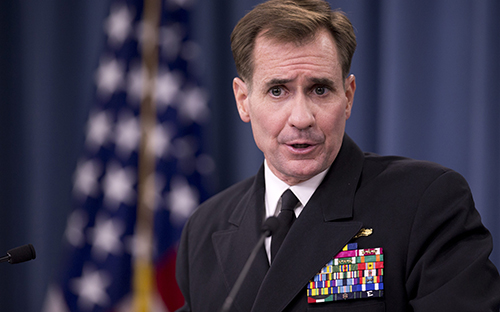 WASHINGTON – The United States imposed sanctions on Monday on five Russian officials it accuses of human rights abuses including four it said were involved in the 2009 death in prison of a corruption-fighting Russian lawyer.

As a result of the sanctions, the five are banned from obtaining US visas, and any assets they hold in the United States are frozen.

Magnitsky died at age 37 in 2009 after a year in jail during which he said he was mistreated and denied medical care in an effort to get him to confess to tax evasion and give evidence against a former client. He was found guilty of tax evasion in 2013 in a posthumous trial.

The 2012 U.S. Sergei Magnitsky Rule of Law Accountability Act authorizes the United States to sanction those involved in Magnitsky's death and detention or found responsible for certain human rights violations in Russia.

Monday's addition to the list raises the number of people sanctioned under the 2012 law to 39, State Department spokesman John Kirby said in a statement.

Though few if any assets have been frozen as a result of the designations, the actions "show the operational level of Russian officials that they can and will be held personally accountable for just following orders," the State Department official said. –Reuters