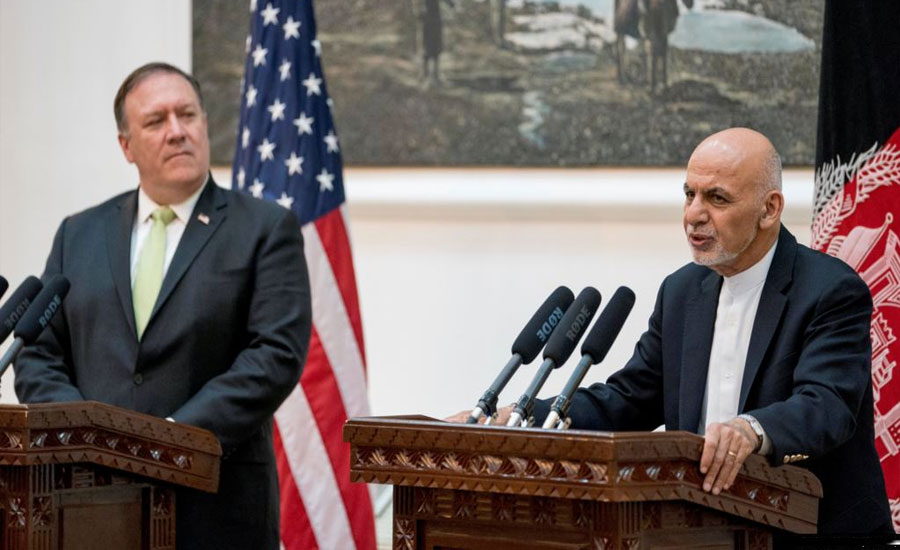 Washington (92 News) The US and Afghanistan said that they have agreed to accelerate efforts to reach a negotiated end to the conflict in the war-ravaged country. In a joint statement, Washington and Kabul said the agreement had been reached in a telephone call between US Secretary of State Mike Pompeo and Afghan President Ashraf Ghani. Ashraf Ghani had asked for clarifications following President Donald Trump’s remark that the US could easily win the war in Afghanistan but didn't want to kill 10 million people. “Mike Pompeo assured Ghani that there has been no change to President Trump's South Asia strategy, including US commitment to a conditions-based drawdown of troops,” the statement said. It said Pompeo and Ghani had agreed that now is the time to accelerate efforts to reach a negotiated end to the war in Afghanistan. General Joseph Dunford, chairman of the US Joint Chiefs of Staff, and Washington's special envoy for Afghanistan, Zalmay Khalilzad, had been sent to Kabul to “discuss in detail the next steps on the road to peace,” the statement said. Khalilzad is then expected to head to Doha to resume talks with the Taliban. He has held several meetings with the Islamist militants in the past year, the most recent being on July 9, also in Doha. But the major hurdle has so far been the Taliban's refusal to negotiate directly with the Afghan government. At least 10 people – including several women and a child – were killed and scores more wounded by a series of blasts that rocked the Afghan capital Thursday ahead of the election season. The Islamic State group's Afghanistan affiliate claimed responsibility for the first two blasts, while the Taliban claimed the third. The US and Afghan security officials, however, blamed the Taliban for all three explosions. At least five people were killed and 10 wounded when a magnetic bomb attached to a bus carrying government employees exploded in the Afghan capital Kabul on Thursday, officials said. Interior Ministry spokesman Nasrat Rahimi said the bus was carrying employees of the mines and petroleum department.-AFP