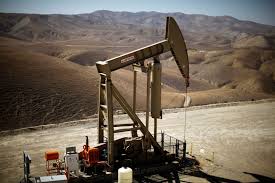 WASHINGTON (Reuters) - The United States said it will temporarily allow eight importers to keep buying Iranian oil when it re-imposes sanctions to try to force Iran to curb its nuclear, missile and regional activities. US Secretary of State Mike Pompeo, who announced the decision, did not name the eight, which he referred to as “jurisdictions,” a term that might include importers such as Taiwan. Having abandoned the 2015 Iran nuclear deal, US President Donald Trump is trying to cripple Iran’s oil-dependent economy and force Tehran to quash not only its nuclear ambitions and its ballistic missile program but its support for militant proxies in Syria, Yemen, Lebanon and other parts of the Middle East. On Twitter, in a message designed to emphasize his “maximum pressure” policy toward Iran, Trump included a photograph of himself modeled on a entertainment industry poster with the headline: “Sanctions are coming November 5.” China, India, South Korea, Turkey, Italy, the United Arab Emirates and Japan have been top importers of Iran’s oil, while Taiwan occasionally buys cargoes of Iranian crude but is not a major buyer. Turkey has been told it will temporarily be allowed to keep buying Iranian oil, its energy minister told reporters, as has Iraq, as long as it does not pay Iran in US dollars, three Iraqi officials said. India and South Korea were also on the list, said a source familiar with the matter who spoke on condition of anonymity. Under US law, exceptions can be granted for up to 180 days. Oil prices fell for a weekly loss of over 6 percent, as investors worried about crude oversupply after the US waivers. Brent crude futures LCOc1 fell 6 cents to settle at $72.83 a barrel, while US crude CLc1 declined 55 cents to end the session at $63.14 per barrel, a 0.86 percent loss. US Treasury Secretary Steven Mnuchin also said Washington had told the Brussels-based SWIFT financial messaging service it was expected to disconnect all Iranian financial institutions that the United States plans to blacklist as of Monday. He declined to name the targeted institutions. Trump set in motion the resumption of sanctions on May 8, when he announced US withdrawal from the 2015 deal between Iran and world powers under which Tehran had agreed to curtail its nuclear program in return for relief from sanctions. “This part of the campaign is aimed at depriving the regime of the revenues it uses to spread death and destruction around the world, Pompeo said.

Pompeo said Washington will issue temporary waivers to the eight Iran oil importers “only because they have demonstrated significant reductions in their crude oil and cooperation on many other fronts.” Two would stop imports and the other six would greatly reduce them, Pompeo said. He later said the ultimate goal was to stop all Iranian crude exports. “We will ultimately move Iran to zero crude oil. That’ll take us some number of months to do that,” Pompeo told Fox News according to the transcript of the interview released by the State Department. “We’ve been able to do that in a way that hasn’t had a huge impact on crude oil prices. That’s a good thing for American consumers.” Iran said it was not troubled over the re-imposition of US sanctions, which target not only its vital oil and gas sector but also shipping, ship-building and banking industries. “America will not be able to carry out any measure against our great and brave nation ... We have the knowledge and the capability to manage the country’s economic affairs,” Iran’s Foreign Ministry spokesman Bahram Qasemi told state TV. However, ordinary Iranians fear an even more painful squeeze, from businesses struggling to buy raw materials to the sick and elderly unable to afford life-saving medicines. “I cannot even buy rice to feed my children or pay my rent,” said elementary school teacher Pejman Sarafnejad, 43, a father of three in Tehran. The European Union, France, Germany and Britain, parties to the nuclear agreement who are trying to keep it alive, said they regretted Washington’s decision to re-impose sanctions. The EU is creating a special mechanism that would circumvent US financial sanctions on Iran. The United States is able to pressure other nations to stop buying Iranian oil under a 2012 law that allows the president to cut off foreign banks, including central banks, from the US financial system unless they significantly reduce purchases. The United States believes global oil supplies will exceed demand next year, making it easier for countries to cut Iranian oil imports to zero, Brian Hook, the US special representative for Iran, told reporters.