US and Russia push rival UN actions on Venezuela 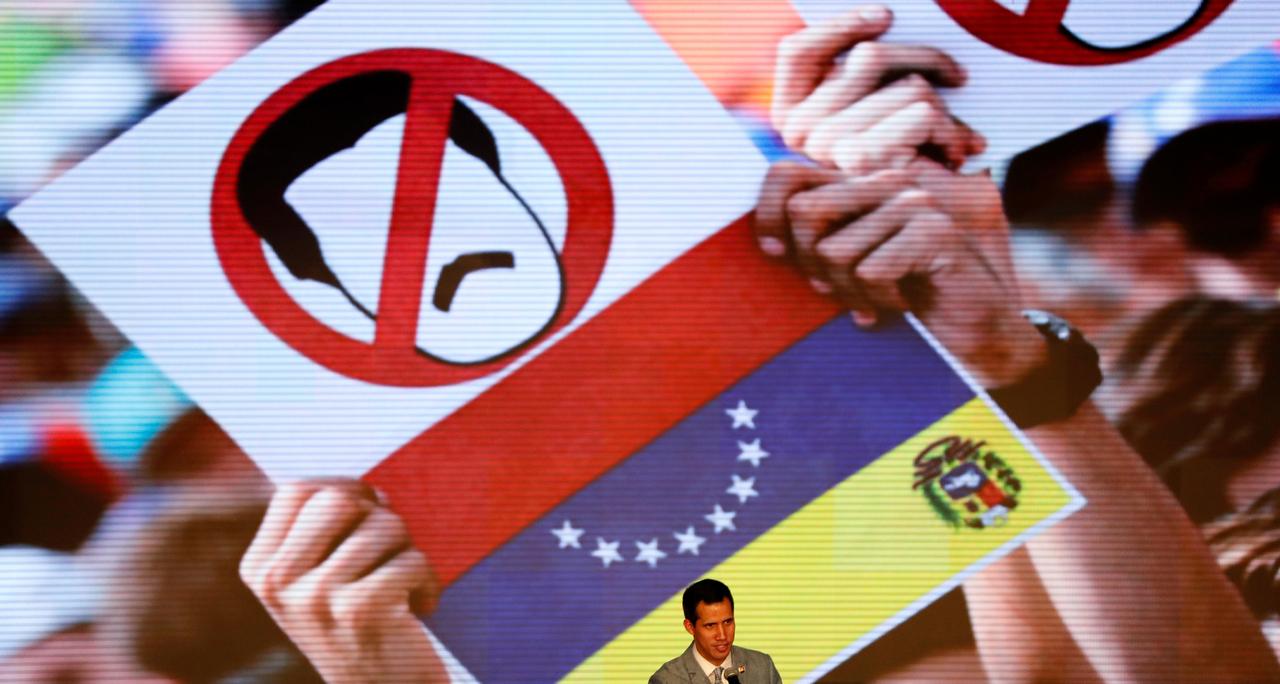 US and Russia push rival UN actions on Venezuela

WASHINGTON (Reuters) – The United States is pushing the UN Security Council to formally call for free, fair and credible presidential elections in Venezuela with international observers, diplomats said, a move that prompted Russia to propose a rival draft resolution. Moscow and Washington have been at loggerheads over a U.S.-led campaign for international recognition of Venezuelan opposition leader and head of the country’s elected National Assembly Juan Guaido over President Nicolas Maduro. Guaido last month declared himself interim head of state. Diplomats from the 15 Security Council members met privately on Friday afternoon to discuss the U.S.-drafted resolution, seen by Reuters, that would express “full support for the National Assembly as the only democratically elected institution.” Russia, China, Equatorial Guinea and South Africa last month blocked the Security Council from issuing a statement with the same language. But the same four countries failed in a Russian-led bid to stop the council from publicly discussing Venezuela, at the request of the United States, on Jan. 26. During talks on the U.S. draft resolution on Friday, Russia - which has accused Washington of backing a coup attempt in Venezuela - proposed an alternative text, diplomats said. The Russian draft would express “concern over the attempts to intervene in matters which are essentially within the domestic jurisdiction.” It would also express “concern over the threats to use force against the territorial integrity and political independence” of Venezuela. U.S. President Donald Trump has said military intervention in Venezuela was “an option.” It was unclear if or when either draft Security Council resolution could be put to a vote. A council resolution needs nine votes and no vetoes by the United States, Britain, France, Russia or China to pass.

Nearly 50 countries globally have recognised Guaido, a senior U.S. official said on Thursday, and are calling for a free and fair presidential election. Maduro cruised to re-election in May last year amid low turnout and allegations of vote-buying by the government. The U.S.-drafted resolution expresses “deep concern” that the presidential elections were neither free nor fair. The Russian draft resolution “supports all initiatives aimed at reaching a political solution amongst Venezuelans ... including the Montevideo Mechanism, through a genuine and inclusive process of national dialogue.” European and Latin American leaders gathered on Thursday in the Uruguayan capital of Montevideo to discuss a plan to solve the deepening crisis in Venezuela, while urging the global community to back away from direct intervention. The U.S. draft resolution also addresses facilitating the delivery of humanitarian aid for Venezuela, after the United States sent food and medicine to the country’s border and accused Maduro of blocking its delivery with trucks and shipping containers. Maduro’s government has denied that there is a humanitarian crisis, blaming economic problems on sanctions. Venezuela is struggling with hunger, preventable diseases and hyperinflation forecast at 10 million percent in 2019. There is no mention of humanitarian assistance in the Russian draft resolution.