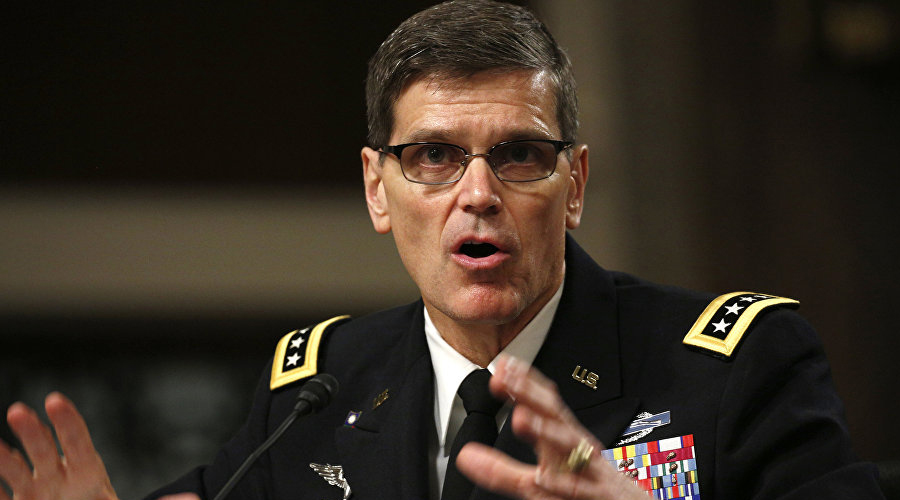 WASHINGTON (92 News) – The United States stressed pressure on Pakistan to crack down on militant safe havens on its side of the Afghan-Pakistan border. During a news briefing, Gen Joseph Votel, the commander of US Central Command, said that he had seen positive signs from Islamabad but stressed that he wanted to see Pakistan put more pressure on Pakistan-based militants fighting in Afghanistan, including by arresting, expelling or targeting them. He also said that the US continued to work closely with Pakistan to help the country fulfill its role in accomplishing a durable political settlement in Afghanistan. “We continue to work closely with Pakistan to help them fulfill the important role that they have indicated they want to play. Now is the time for them to step forward,” Joseph said. He also noted the key role US wants Pakistan to play in promoting dialogue in Afghanistan. “We also need to see them continue to make efforts to compel the Taliban to come to the table and take advantage of these opportunities,” the general said. He further said that the US is unlikely to make any big shift in military strategy as a result of an ongoing assessment of the war effort in Afghanistan.