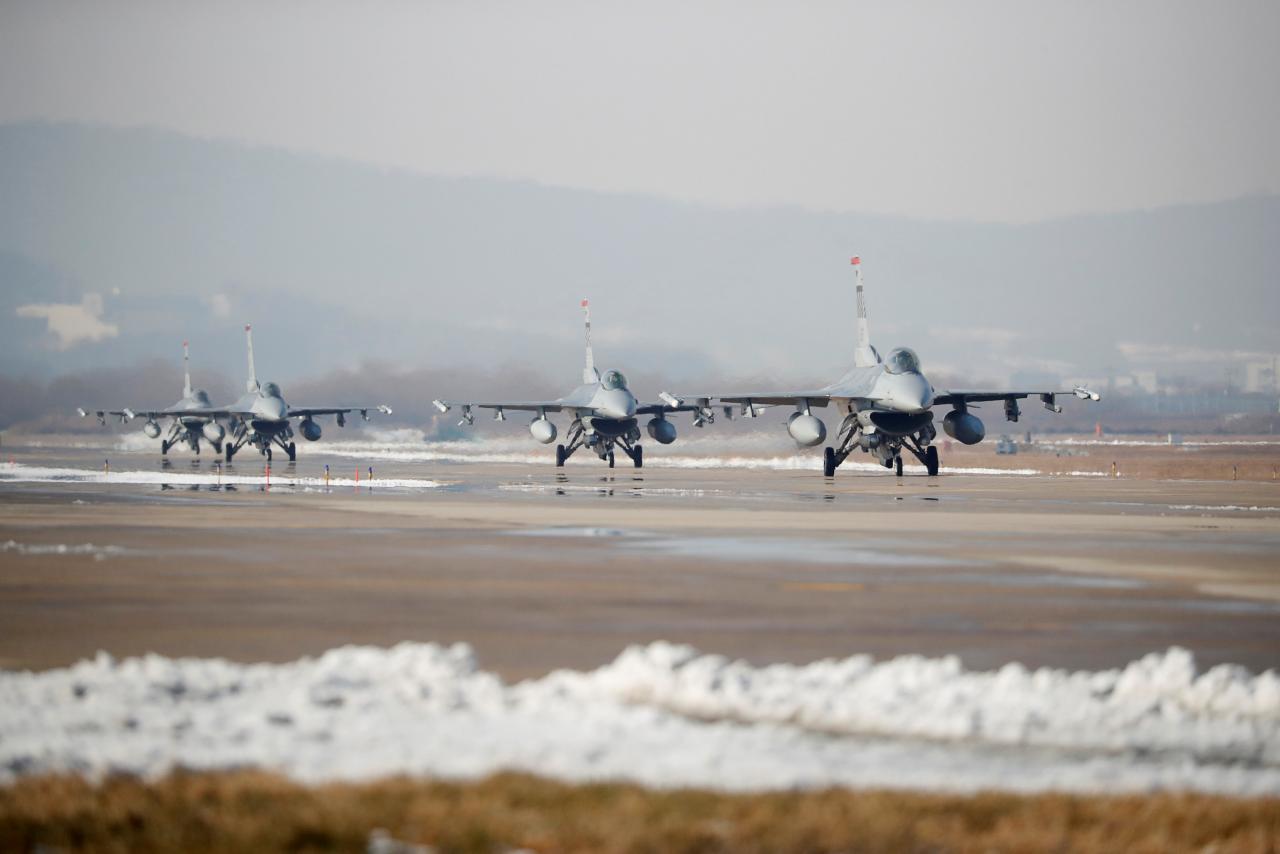 SEOUL(Reuters) - A US B-1B bomber flew over the Korean peninsula on Wednesday as part of a large-scale joint aerial drill with South Korea, the South’s Yonhap news agency reported, citing the South Korean military.

The plane joined two US F-22 Raptor stealth fighters in a bombing drill that kicked off in South Korea on Monday and will run until Friday, the report said.