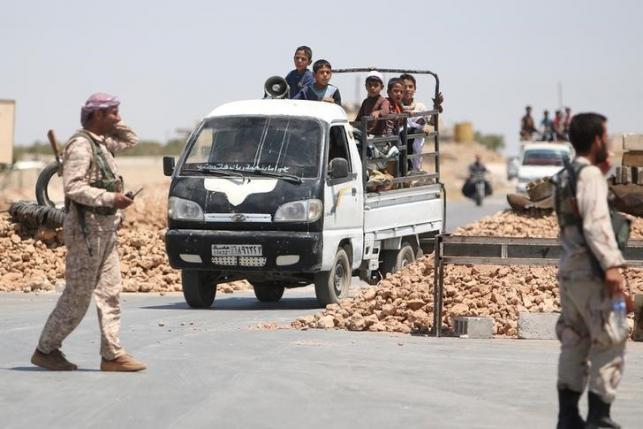 MANBIJ - US-backed forces now control 40 percent of the Islamic State-held Syrian city of Manbij after advances in the last day that secured them key areas inside the city near the Turkish border, a monitor said on Sunday. The British-based Syrian Observatory for Human Rights said the Syria Democratic Forces (SDF), with the support of air strikes, had seized much of the eastern part of the besieged city after slower advances in recent weeks mainly in the western sector. The monitor said the fighters were able to capture a clinic, school and a roundabout in the heart of eastern Manbij after heavy fighting. There were no confirmed reports of casualties. At least 2,300 trapped civilians were also able to leave the city but thousands of residents are still inside, slowing the advances by the US-backed forces. Activists and residents say dozens of civilians have been killed this month in air strikes in the city and to the north, and rights watchdog Amnesty International said the US-led coalition must do more to prevent civilian deaths. The US-backed alliance includes a Kurdish militia and Arab allies that joined it last year. It launched the campaign nearly two months ago with the backing of US special forces to drive Islamic State from its last stretch of the Syrian-Turkish frontier. -Reuters