US calls for Yemen ceasefire, urges for peace talks 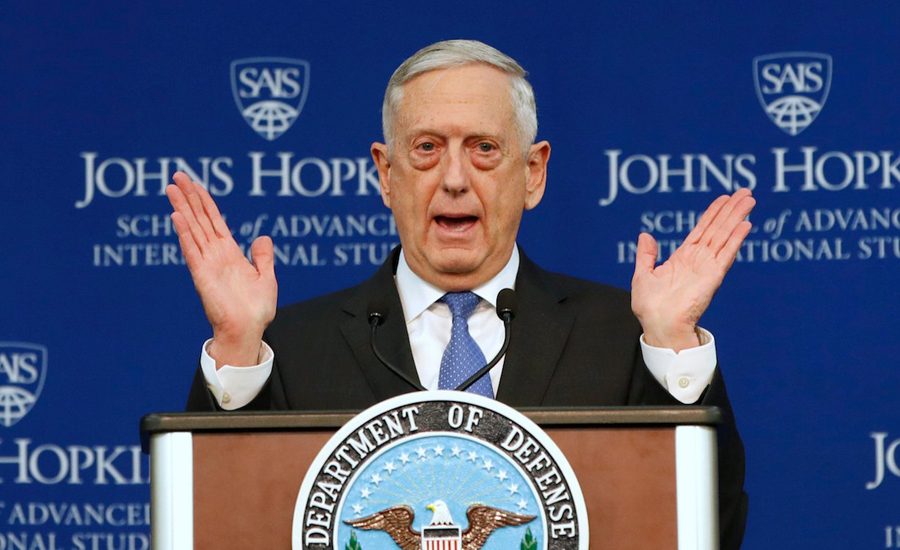 US calls for Yemen ceasefire, urges for peace talks

WASHINGTON (92 News) – The United States (US) demanded for a ceasefire in Yemen and urged the parties for peace talks within next 30 days. Addressing at the US Institute of Peace in Washington, US Secretary of Defence Jim Mattis said that the US had been watching the conflict for long enough, saying that Saudi Arabia and the United Arab Emirates (UAE), which are in a US-backed coalition fighting Houthi rebels, are ready for talks. “We have got to move toward a peace effort here, and we can't say we are going to do it sometime in the future,” Mattis said. “We need to be doing this in the next 30 days,” he added. He also said that the US is calling for all warring parties to meet with United Nations special envoy Martin Griffiths in Sweden in November and come to a solution. After the US secretary of defence, US Secretary of State Mike Pompeo called for an end to all coalition air strikes in Yemen’s populated areas. “The time is now for the cessation of hostilities, including missile and UAV (drone) strikes from Houthi-controlled areas into the Kingdom of Saudi Arabia and the United Arab Emirates,” Pompeo said in a statement.