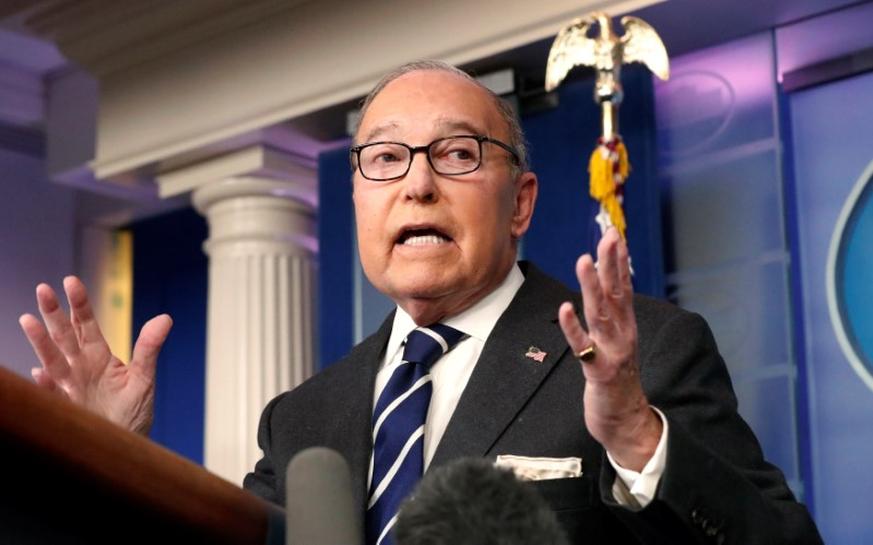 WASHINGTON (Reuters) - The US-China trade talks this week had a “good vibe” with much work remaining, White House economic adviser Larry Kudlow said as China followed through on a pledge to increase soybean purchases with orders of at least 1 million tonnes. But US President Donald Trump’s optimism about prospects for a deal was tempered by China trade watchers, who questioned how much real progress was made on core US demands for structural policy changes in China. Trump said on Thursday he would meet with Chinese President Xi Jinping, perhaps twice, in the coming weeks to try to seal a comprehensive trade deal with Beijing, but acknowledged it was not yet clear whether a deal could be reached. Kudlow, who participated in the talks as the director of the White House’s National Economic Council, said China’s engagement on core issues such as US complaints of Chinese policies that force the transfer of technology was far more extensive than in previous talks. They talks “had a good vibe, they covered a lot of ground. Both sides looked at more specifics than ever before,” Kudlow told Fox Business Network. “We’re not ready to put things down on paper,” Kudlow said later on Bloomberg Television. “We’re a ways from that. Much hard work is still in front of us.” A day after Chinese Vice Premier Liu He closed the talks by telling Trump that China would increase purchases of US soybeans by 5 million tonnes, traders told Reuters that state-owned firms on Friday bought at least 1 million tonnes of the oilseed for shipment between April and July. The news sent benchmark Chicago Board of Trade March soybean futures to their highest point since mid-June, before China imposed retaliatory soybean tariffs in early July. But China’s new commitment, which drew a positive reaction from Trump, only doubles the modest soybean purchases made by state firms since returning to the market in December after an initial truce between Trump and Xi. It falls well short of the 31.9 million tonnes of American soybeans shipped to China in 2017, a level some analysts say may never be seen again. Several people briefed on the talks said that while Chinese negotiators engaged US officials on structural issues surrounding intellectual property and technology transfer practices, they did not bring any new proposals to the table. “So they are continuing to buy us off with soybeans,” said an agricultural industry source. “Maybe it’s a good-faith gesture, but I haven’t heard of any offerings from their side” on larger issues. Scott Kennedy, who directs the Project on Chinese Business and Political Economy at the Center for Strategic and International Studies, said he viewed Trump’s positive comments and tweets about the trade talks as “indications of atmospherics and mood.” “I don’t take them literally as a reflection of what was negotiated or agreed upon by the Chinese relative to the US demands,” Kennedy said. “USTR is still running the negotiations and the demands are still high.” US Trade Representative Robert Lighthizer on Thursday told reporters he had complete confidence in Trump to close a deal with Xi that addresses US concerns, but cautioned that much more progress was needed for a meeting with Xi. “If we don’t make headway between now and then, my advice would be we can’t finish,” Lighthizer said. “But if we do make headway and the president thinks we’re close enough that he can close the deal ... then I think he’ll want to have a meeting and do that.” The talks did not “come off the rails. That’s significant,” Lighthizer added. “Will we have an agreement? I don’t know.”