US coaxes Mexico into Trump plan to overhaul Central America 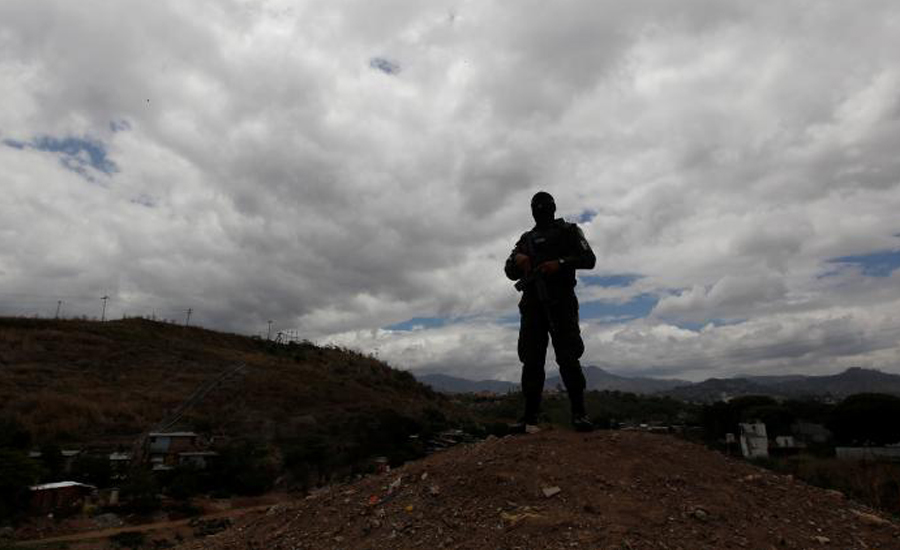 US coaxes Mexico into Trump plan to overhaul Central America

MEXICO CITY - The United States is plotting an ambitious attempt to shore up Central America, with the administration of President Donald Trump pressing Mexico to do more to stem the flow of migrants fleeing violence and poverty in the region, US and Mexican officials say.

The US vision is being shaped by Department of Homeland Security (DHS) Secretary John Kelly, who is due to give a speech about his goals for Central America in Washington on Thursday.

Kelly, who knows Honduras, Guatemala and El Salvador well from his time as chief of the US Southern Command, helped the administration of former President Barack Obama design his Alliance for Prosperity. That $750-million initiative sought to curtail Central American migration through development projects as well as law-and-order funding to crack down on the region's dominant gangs.

Kelly aims to re-tool the Obama-era alliance without a large increase in American funding by pressing Mexico to shoulder more responsibility for governance and security in Central America, and by drumming up fresh private investment for the region, US and Mexican diplomats say.

"What we're going to see is ... greater engagement directly between the Central Americans and Mexican government ... (and) a more intense effort to integrate the economic side of this effort with the security side," William Brownfield, the US assistant secretary for International Narcotics and Law Enforcement Affairs, told Reuters.

"We're going to see a strategy that has already been developed, but it is going to be pushed harder and more aggressively in the coming year, and the year after."

The reshaped alliance stands in contrast to some of the isolationist views jostling for power in the White House. Still it's consistent with Trump's foreign policy efforts to pressure China to do more to tackle the North Korea nuclear threat and to get European allies to pick up more of the tab for NATO.

The plan also puts Mexico in a delicate spot. President Enrique Pena Nieto has repeatedly expressed his desire to preserve the North American Free Trade Agreement (NAFTA), which has become a pillar of Mexico's economy.

But he must avoid the appearance of capitulating to Trump, who has enraged the Mexican public with his threats to withdraw from NAFTA and force Mexico to pay for his proposed border wall.

"We want to be on good terms with them, because we're dealing with a much more important issue," said a senior Mexican diplomat who was not authorized to speak publicly. "In return, we want a beneficial NAFTA renegotiation."

Neither Kelly nor the DHS responded to requests for comment.

"The prosperity and security of Central America ... represent a priority of Mexico's foreign policy," the country's foreign ministry said in a statement.

"The Alliance for Prosperity ... is a valuable tool that can be strengthened with the participation of other governments."

A MAN WITH A PLAN

The new-look Alliance will be firmed up in Miami next month, when US, Mexican and Central American officials will meet to negotiate various issues, including Mexico's role, according to a draft US schedule obtained by Reuters.

Mexico's Foreign Minister Luis Videgaray has said publicly Mexico is willing to work with the United States in stabilizing Central America, without giving much detail.

In private, though, local officials say cash-strapped Mexico lacks the money to invest significantly in the region - a fact that hasn't eluded the United States.

"We do not have significant expectations of major ... financial contributions by the government of Mexico at this time," Brownfield said.

However, he said it was reasonable to expect Mexico to help train Central American officials, and deepen coordination along its southern border. Mexican government agencies could also work more closely with their southern counterparts, he added, citing the example of Colombia, which is training Central America's police forces at the United States' behest.

Brownfield said the re-designed plan would be executed by the State Department and development agency US AID, working closely with the DHS. The Inter-American Development Bank (IADB) is working with US AID to design mechanisms for luring fresh investment, he added.

However, the Mexican diplomat who requested anonymity expressed concern the new plan could presage a deeper militarization of Central America. The region's armies have launched violent attacks on the powerful "Mara Salvatrucha" and "Calle 18" gangs, sparking accusations of rights abuses.

Mexico, which is also grappling with widespread violence, is open to training Central American security forces, the diplomat said, but won't send troops to fight the gangs given its long-standing policy not to intervene in foreign conflicts.

The "Alliance for Prosperity" was cooked up by the Obama administration after a 2014 surge in child migrants from Central America. It aimed to stabilise Central America with funding for security and development. But critics say the focus skewed heavily towards funding for tackling drug smuggling and gangs.

Brownfield pointed to falling homicides in Honduras, where the murder rate has dropped to 59 killings per 100,000 people last year from 90.4 in 2012, as evidence it is starting to yield results. Still, Central America remains one of the most violent regions on earth.

Mexican diplomats say US and Central American officials for years quietly pressed Mexico to join the alliance - pressure they ignored until Trump was elected, threatening to scrap NAFTA.

"Now we're facing a different scenario because we have an American government pressuring us on lots of issues," said the Mexican diplomat. "We want to be on good terms with the United States." -Reuters