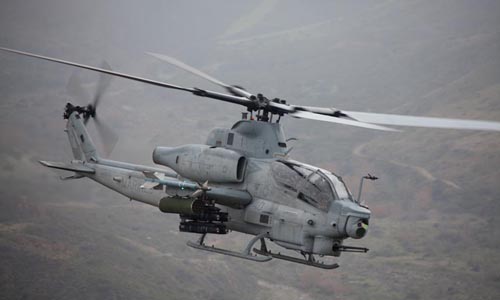 WASHINGTON - The United States said on Wednesday notified the Congress of a potential $1 billion sale of helicopters and missiles to Pakistan. The Defense Security Cooperation Agency (DSCA) said the State Department had notified Congress on Monday of the possible sale to Pakistan of 15 Bell AH-1Z Viper attack helicopters, 32 General Electric helicopter engines and 1,000 Hellfire missiles worth $952 million. The potential deal with Pakistan also could include target sight systems, mission computers, global positioning navigation systems, radar warning receivers and other gear. The DSCA said the sale would further provide Pakistan "with military capabilities in support of its counter-terrorism and counter-insurgency operations." He said that the Congress was notified of the potential sale on Tuesday, however, the notification is required by law and does not mean that the sale has actually been concluded. - Reuters