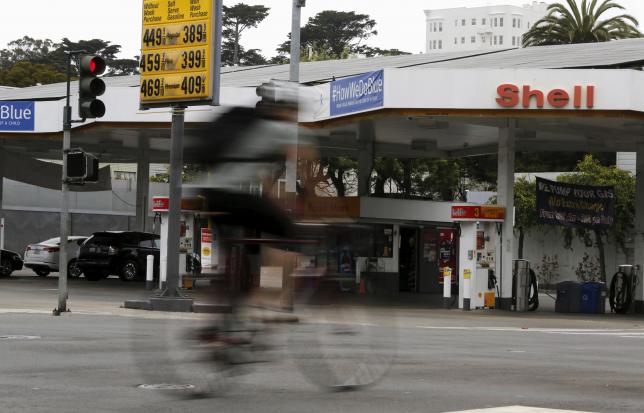 SINGAPORE - US crude oil prices eased on Friday to prices not seen since March 2009 on slumping demand due to slowing economies in Asia and as rising US stockpiles added to concerns about oversupply. Prices had already tumbled more than 3 percent on Thursday as data showing a big rise in key US stockpiles intensified concerns over a growing global glut. US crude CLc1 was down 16 cents from its last settlement at $42.07 a barrel at 0711 GMT. Brent futures LCOc1 were trading at $49.33 barrel, up 11 cents and still some way off their 2015-low of $45.19. Goldman Sachs said that a weaker Chinese yuan was putting more downward pressure on commodity markets. "The CNY (yuan) devaluation has been important for commodity markets and we believe it signals that global macro conditions have changed," Goldman Sachs said in a note to clients. "Even China has now joined the negative feedback loop that is running between commodity deflation, growth and deleveraging trends ... (and) we believe the net commodity market effects are bearish." Analysts said that prices could fall further. "The lowest crude prices in six years might not be enough to put the brakes on the US supply growth. US shale players are actively cutting cost and some players are profitable at less than $30 per barrel," ANZ Bank said. On the demand side, China's crude oil imports have so far remained strong as authorities take advantage of low prices to build up strategic reserves and consumers kept spending despite the slowing economy. Yet there are signs of weakening, with the devaluation of the yuan potentially denting fuel imports. China's implied oil demand fell in July from the previous month amid a continuing drop in the nation's vehicle sales. And China's slump may be spreading across Asia. Japan's economy likely shrank in April-June as exports fell and consumers cut back on spending, a Reuters poll showed. China's economic slowdown and its impact on its trade-reliant Asian neighbours have also heightened the chance that any rebound in growth in July-September will be modest, analysts said.