US crude oil eases for second day on record production 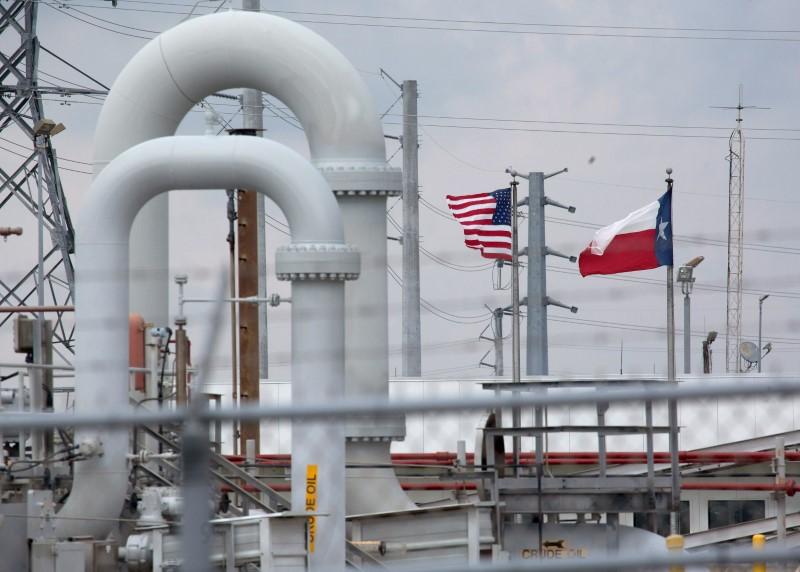 US crude oil eases for second day on record production

SINGAPORE (Reuters) - US crude oil lost more ground on Friday, with the market set for a second week of decline on pressure from record US production and expectations of higher OPEC output. US West Texas Intermediate crude CLc1 had dropped 13 cents, or 0.2 percent, to $66.91 a barrel by 0210 GMT, after falling almost 2 percent .Brent crude LCOc1, which was little changed in the previous session, lost 6 cents, or 0.1 percent, to $77.50 per barrel. US crude production has been rising to record-high levels since late last year. In March it jumped 215,000 barrels per day (bpd) to 10.47 million bpd, a new monthly record, the Energy Information Administration (EIA) said on. “US production is growing, the line is growing straight up when you look at US production,” said Tony Nunan, oil risk manager at Mitsubishi Corp in Tokyo. “The big thing is the increasing spread between Brent and WTI. Financially it makes sense for buyers to take WTI as it is so cheap.” Earlier, the premium for Brent over WTI surpassed $11 a barrel, the largest since early 2015. It has doubled in less than a month, as a lack of pipeline capacity in the United States has trapped a lot of output inland. “A drop in inventories in the US was overshadowed by US output which jumped to a record-high level,” ANZ said in a note. US crude stockpiles fell 3.6 million barrels last week, the EIA said, exceeding expectations for a decline of 525,000 barrels. Brent hit a three-week low below $75 a barrel on Monday after OPEC and its allies, including Russia, indicated they could adjust their deal to curb supplies and increase production, but recovered later in the week. For the week, WTI is down 1.4 percent, while Brent is up 1.4 percent. OPEC and non-OPEC producers have committed to cut output by 1.8 million bpd until the end of 2018, but are ready to make gradual supply adjustments to deal with shortages, a Gulf source familiar with Saudi thinking told Reuters late on Wednesday. Sources told Reuters last week that Saudi Arabia, the effective leader of OPEC, and Russia were discussing boosting output by about 1 million bpd to compensate for losses in supply from Venezuela and to address concerns about the impact of US sanctions on Iranian output. Russia would be able to raise its oil output back to pre-cut levels within months if there is a decision to unwind the price-protection deal with OPEC and other producers, a Russian energy ministry official said. Concerns about US bottlenecks are contributing to the decline in US futures as well. Prices for physical barrels of US light sweet crude delivered at Midland are at their largest discount to the benchmark US futures price in almost four years.