US crude oil output to soar till 2020 despite price rout 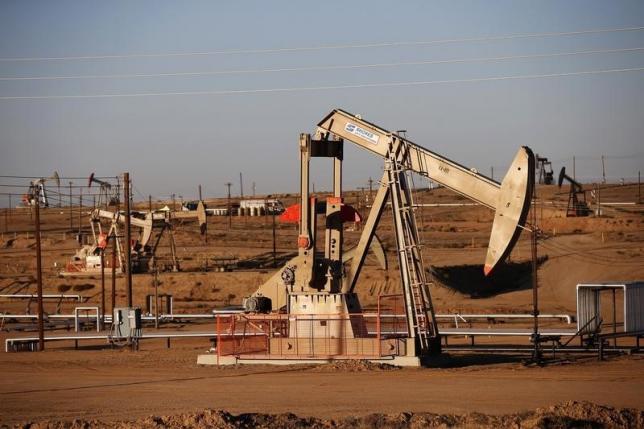 US crude oil output to soar till 2020 despite price rout

WASHINGTON - The US government on Tuesday forecast domestic crude production will rise even more than expected a year ago, undeterred by the worst price rout since the financial crisis. US crude oil production will peak at 10.6 million barrels per day in 2020, a million barrels more than the high forecast a year earlier, according to the annual energy outlook by the Energy Information Administration, the statistical arm of the US Energy Department. Crude production will then moderate to 9.4 million bpd in 2040, 26 percent more than expected a year ago, the agency said. The reference case in the report forecasts Brent prices LCOc1 of $56 a barrel in 2015, rising to about $91 a barrel in 2025, $10 a barrel less than levels expected a year ago. The report uses the 2013 value of the dollar as its measure. Despite lower prices, higher production will result mainly from increased onshore oil output, predominantly from shale formations, the agency said. Onshore production in lower 48 states is expected to reach 5.6 million bpd in 2020 in the reference case, 34 percent more than expected a year ago. The agency expects a faster oil drilling pace this year than it saw last year. "Producers continue to locate and target the sweet spots of plays currently under development," the report said. As production continues to boom, net imports are expected to decline as a share of domestic consumption. Net imports are expected to account for 14 percent of domestic liquid fuels consumption in 2020, compared with 26 percent seen a year ago. Still, the outright level of crude oil imports into the Gulf Coast and West Coast is expected to remain high through 2040. In the East Coast and Midwest, imports are expected to grow from 2013 to 2040 in all of the scenarios explored in the report except for one where oil and gas resources are forecast to be especially high, the report said. The report also called for lower natural gas consumption in 2025 and 2040 than seen a year ago, with the 2025 consumption falling as liquid fuels and petroleum consumption is expected to rise. In line with this projection, natural gas production is expected to be 1.3 trillion cubic feet lower in 2025 than was expected a year ago. - Reuters