US data to put December rate hike in focus 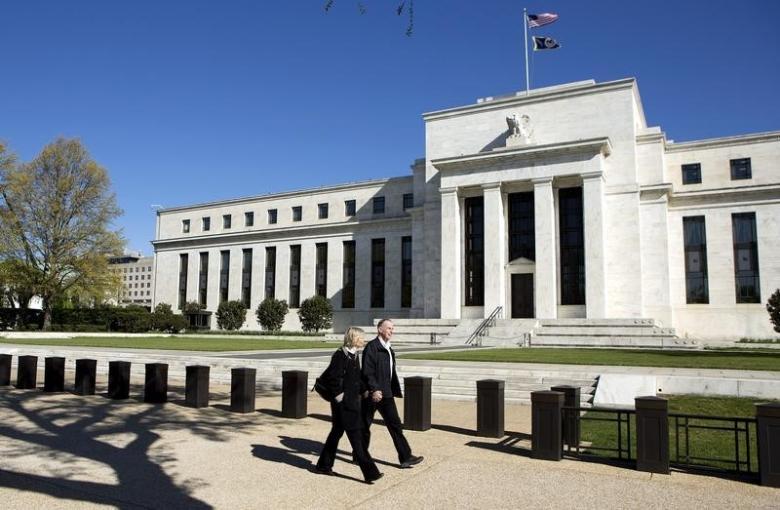 US data to put December rate hike in focus

DUBLIN – The limits of central bank largesse are set to be a hot topic in the coming week as global policymakers head to Washington for the annual International Monetary Find meetings and key data may harden the case for a tightening of U.S. monetary policy.
After September brought the latest overhaul of monetary policy from the Bank of Japan and signs of reluctance at the European Central Bank to extend its quantitative easing program, expectations for a U.S. Federal Reserve rate rise by year-end are set to dominate the first week of October. Fed Chair Janet Yellen said last week she expected one rate rise this year if the U.S. job market continued to improve and major new risks did not arise, leading economists and financial markets to price in a December move. Friday's U.S. non-farm payrolls for September, the first of three remaining jobs reports ahead of the Fed's second-last meeting of the year on Dec. 13-14 may narrow the debate over how much slack remains in the labor market. "Given the recent weakness in activity-based indicators, all eyes will be on the labor market data rather than inflation metrics. Specifically, the employment income trend will be crucial for the economic outlook and policy action," Nordea economist Amy Yuan Zhuang said. "The employment report for September is expected to support the case for a Fed rate hike before year-end." After inflation showed signs of accelerating on Friday but consumer spending unexpectedly fell, next week's Institute for Supply Management indices of manufacturing and non-manufacturing activity, which both slipped markedly in August, will also be closely watched. As will the remarks of Fed officials in another busy week of "Fedspeak", with four speeches scheduled for Friday, after the release of the jobs report. They will also have an update of the IMF's World Economic Outlook to digest. Managing Director Christine Lagarde said last week that the institution would lower its 2016 U.S. growth forecast again after cutting it to 2.2 percent from 2.4 percent in July. BANISHED BREXIT BLUES Lagarde will share the stage in Washington on Thursday with Bank of England Governor Mark Carney who will be mulling over further strong post-Brexit data that raise questions over whether the BoE will follow through on its plan to cut interest rates again at its next meeting in November. The latest sign that the economy did not slump immediately into a major slowdown after Britain's vote in June to leave the European Union arrived on Friday when Britain's giant services sector was shown to have grown strongly in July. "Together this fresh data tends to support the view that there has been no sign of an immediate shock to the economy, although the full picture will continue to emerge," Office for National Statistics statistician Darren Morgan said. Purchasing Managers' Indexes (PMI) for the manufacturing, construction and services industries - completing the quarter that followed the Brexit vote - should make the picture even clearer, alongside industrial production data for August. What remains far less clear is what form Britain's divorce talks with the EU will take next year when the full impact of the referendum is likely to be felt. Focus will thus be on the ruling Conservative Party's annual conference over the week "There will be widespread yearning for any detail on the broader Brexit economic strategy and negotiations although we don't necessarily hold out much hope that this will be the point at which significant details are unveiled," economists at RBC Capital Markets wrote in a note. In a quiet week for data elsewhere in Europe, the focus will likely remain squarely on the woes of Deutsche Bank (DBKGn.DE) whose chief executive has sought to reassure staff that Germany's largest lender remained robust. The main interest rate decisions will be made in Australia and India with analysts polled by Reuters seeing both keeping their rates on hold on Tuesday. –Reuters