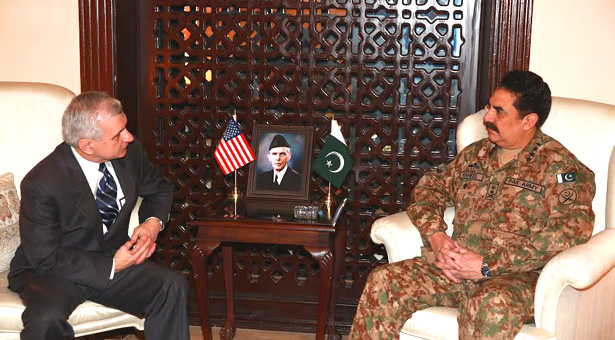 RAWALPINDI (92 News) – A US Congress delegation led by Senator Jack Reed called on Chief of Army Staff General Raheel Sharif on Wednesday. According to the Inter-Services Public Relations (ISPR), the US delegation visited Rawalpindi General Headquarters and discussed the situation in Afghanistan, war against terrorism and issues of mutual interests. The US delegation lauded the successes made during the ongoing Zarb-e-Azab operation against terrorists.