WASHINGTON (92 News) – The US State Department on Wednesday denied reports of "restrictions on travel for Pakistani diplomats in the United States"" despite reports that they will soon be subjected to new travel restrictions. Pakistani and Indian media had earlier reported that the Trump administration has notified Pakistani authorities that diplomats at the country's US embassy and consulates will not be able to travel more than 40 kilometers from their posts without permission. The reports indicate the measures are expected to take effect in May. Pakistan's embassy in Washington said that it had received no information about such restrictions. 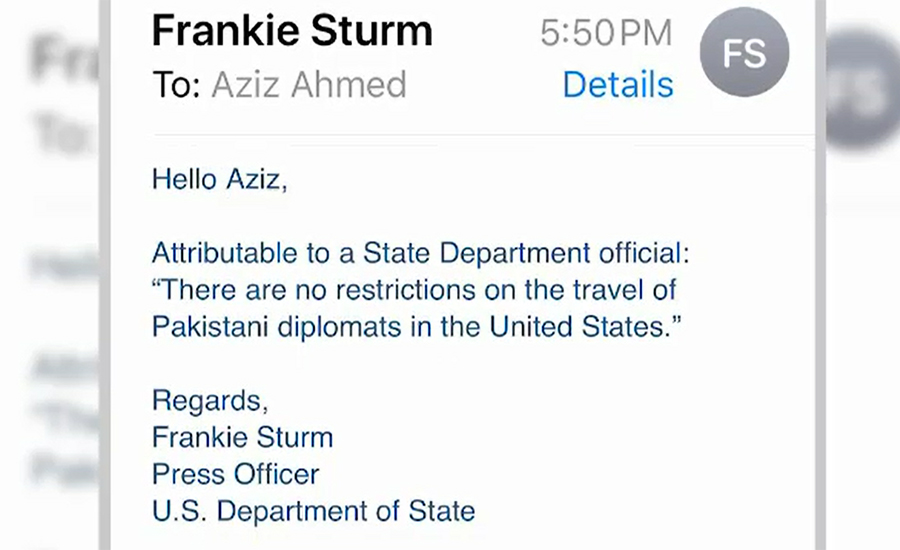 The reports came amid heightened tensions between Islamabad in Washington over the war in Afghanistan and long-standing US concerns about the Pakistani military's ties to the Taliban and other militant groups. Last week, a US defense attache at the US mission in Islamabad was involved in a traffic accident that killed a motorcyclist. Pakistani authorities have pressed for the attache, Colonel Joseph Emanuel Hall, to stand trial. The US Embassy has said it is cooperating in the probe.