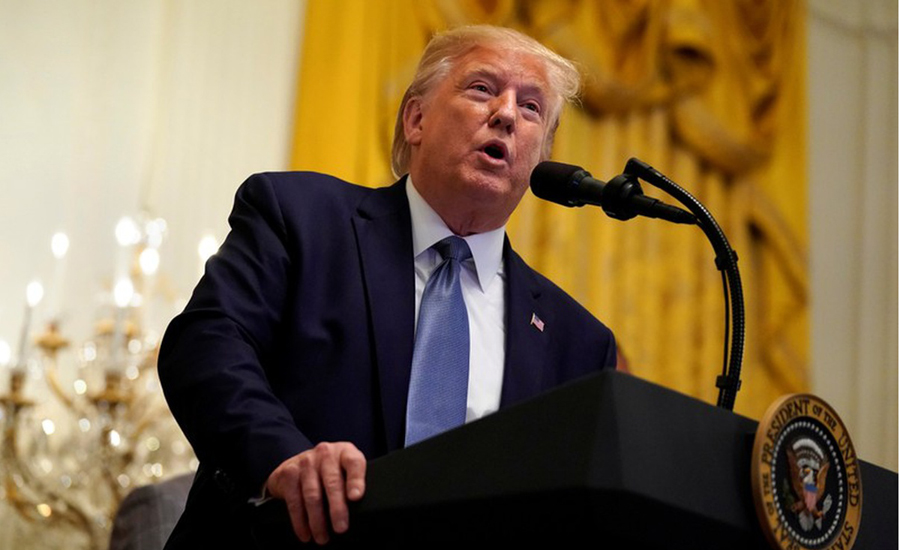 WASHINGTON (Reuters) - A parade of US diplomats will head to Capitol Hill for closed-door testimony this week as Democrats build their impeachment case against President Donald Trump, while the White House considers ways to slow down the process. The interviews could yield more fodder for Democrats’ impeachment drive over a whistleblower’s allegations that Trump leveraged $400 million in aid to secure a promise from Ukrainian President Volodymyr Zelenskiy to investigate political rival Joe Biden, and his son Hunter, who sat on the board of a Ukrainian energy company. Trump has denied wrongdoing and assailed the probe. Among those due to testify: Gordon Sondland, the U.S. ambassador to the European Union who was involved in efforts to get Ukraine to open the investigations, and Masha Yovanovitch, who was abruptly recalled from her post as U.S. ambassador to Ukraine in May after Trump supporters questioned her loyalty to the president. Trump’s White House could formally tell House Speaker Nancy Pelosi as early as Monday that it will ignore lawmakers’ demands for documents until the Democratic-controlled House of Representatives holds a vote to formally approve the impeachment inquiry. Pelosi says a vote is not needed, but Democrats say she would prevail if one were held, although very few Republicans would be expected to side with the Democratic majority. Congress returns to Washington on Oct. 15 after a two-week recess. “There’s no question in my mind that she would have the votes,” Democratic Representative Jim Himes said on CBS’ “Face the Nation” on Sunday. The impeachment investigation could lead to the approval by the House of formal charges against Trump. A trial on whether to remove him from office would then be held in the Republican-controlled Senate, but few Republicans have broken ranks with Trump so far for asking Ukraine and China to launch investigations of Biden, a former vice president and leading contender for the Democratic nomination to face Trump in the November 2020 presidential election.

On Sunday, lawyers said a second whistleblower had come forward to substantiate an August complaint from an unnamed US government official, which touched off the investigation. Diplomatic text messages released by Democrats last week show that U.S. officials were involved in the effort to secure a public commitment from Ukraine to look into the business dealings of Hunter Biden. Trump has alleged that Hunter Biden profited in his business dealings in both Ukraine and China from his father’s position, and that Joe Biden, as vice president, pushed Ukraine to fire a prosecutor to impede a probe of a company tied to his son. There has been no evidence of wrongdoing on the part of either Biden. Those texts show Sondland seeking to downplay the concerns of another U.S. diplomat, William Taylor, that the United States was withholding $400 million in aid in order to secure Ukraine’s cooperation. “The President has been crystal clear no quid pro quo’s of any kind,” Sondland wrote. “I suggest we stop the back and forths by text.” Sondland is expected to testify on Tuesday before the three House committees leading the impeachment probe. State Department counselor Ulrich Brechbuhl is also scheduled to testify that day. Deputy Secretary of State George Kent is scheduled to testify on Monday. Yovanovitch is due to appear on Friday.