US dollar drops, yields rise after Trump comments on Fed policy and tariffs 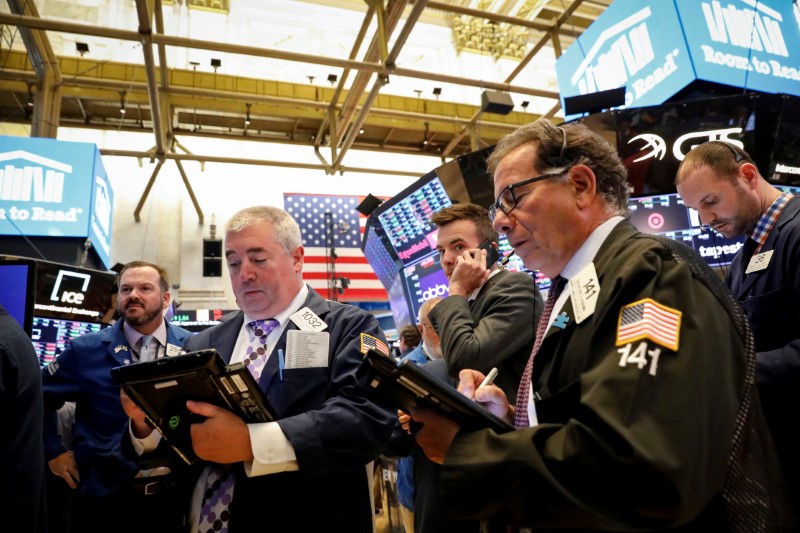 US dollar drops, yields rise after Trump comments on Fed policy and tariffs

NEW YORK (Reuters) - The US dollar weakened, long term Treasury yields rose and stocks closed mostly lower after President Donald Trump complained again about the greenback’s strength and about Federal Reserve interest rate rises. Wall Street and European stock markets stalled, despite good corporate earnings, after Trump threatened to impose tariffs on all US imports from China. Trump repeated his criticism a day earlier of the US Federal Reserve’s policy on raising interest rates saying he is concerned the central bank will raise interest rates twice more this year, a White House official told CNBC. The US president also lamented the strength of the dollar and accused the European Union and China of manipulating their currencies. The US dollar fell the most in three weeks against a basket of six major currencies, halting a rally that had driven the greenback to a year high. “The dollar is an important issue today especially because we have been on a rise for quite a long time,” said Randy Frederick, vice president of trading and derivatives for Charles Schwab in Austin, Texas. The dollar index .DXY fell 0.77 percent, with the euro up 0.74 percent to $1.1727. Benchmark 10-year US notes US10YT=RR last fell 14/32 in price to yield 2.8968 percent, from 2.847 percent late on Thursday. The long end of the US Treasury yield curve, which reflects sentiment about rising inflation and the health of the US economy, saw the biggest one day jump since May while short-dated maturities held steady. On Wall Street, the Dow Jones Industrial Average  fell 6.38 points, or 0.03 percent, to 25,058.12, the S&P 500  lost 2.67 points, or 0.10 percent, to 2,801.82 and the Nasdaq Composite dropped 5.10 points, or 0.07 percent, to 7,820.20. Microsoft shares rose, supporting stock indexes after a strong earnings report late Thursday, while General Electric  shares sank after the conglomerate cut a key financial target. In the latest trade salvo, Trump said he was ready to impose tariffs on all $500 billion of imported goods from China. “The reason we are not up more is the push and pull that has been the case for the past two months,” said Walter Todd, chief investment officer at Greenwood Capital in Greenwood, South Carolina. “That is between what is clearly a very good earnings and economic backdrop in the US contrasted with the risk that trade continues to be a problem.” The pan-European FTSEurofirst 300 index lost 0.15 percent, amid rising trade tensions. European auto shares .SXAP, sensitive to trade tensions as US officials work towards slapping tariffs on car imports, fell 2.1 percent. MSCI’s gauge of stocks across the globe .MIWD00000PUS gained 0.37 percent, helped by Asian markets .MIAPJ0000PUS. Oil prices rose as a weakening dollar and lower expected August oil exports from Saudi Arabia supported the market. But concerns about US-China trade tensions and supply increases meant oil prices saw their third weekly loss. US crude CLcv1 settled up 1.44 percent at $70.46, while Brent LCOcv1 settled at $73.07, up 0.68 percent.