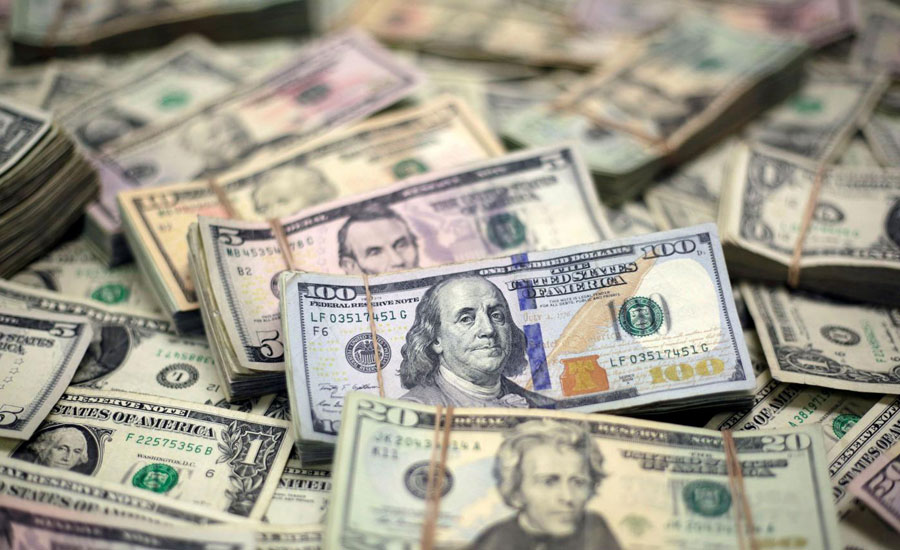 KARACHI (92 News) – The US dollar fell by 61 paisas to reach Rs159.30 in the interbank market on Tuesday as the trading is continuing for the day. On the other hand, the KSE-100 index recorded a gain of 450 points to close at 34,370 points. Earlier on May 5, the US dollar continued its impressive run against the Pakistani Rupee as the dollar value increased by Rs0.87 at interbank reaching the highest level in history at Rs168. The value of the US dollar has been rising against PKR for the past four days, USD rose to Rs162 after a rise of three Pakistani rupees at the interbank on Wednesday. The latest increase in dollar value has hiked the debt burden on the country by billions of rupees. As per details, foreign investors’ withdrawal of domestic loans and short-term investments from stock markets led to a decline in the value of the rupee.