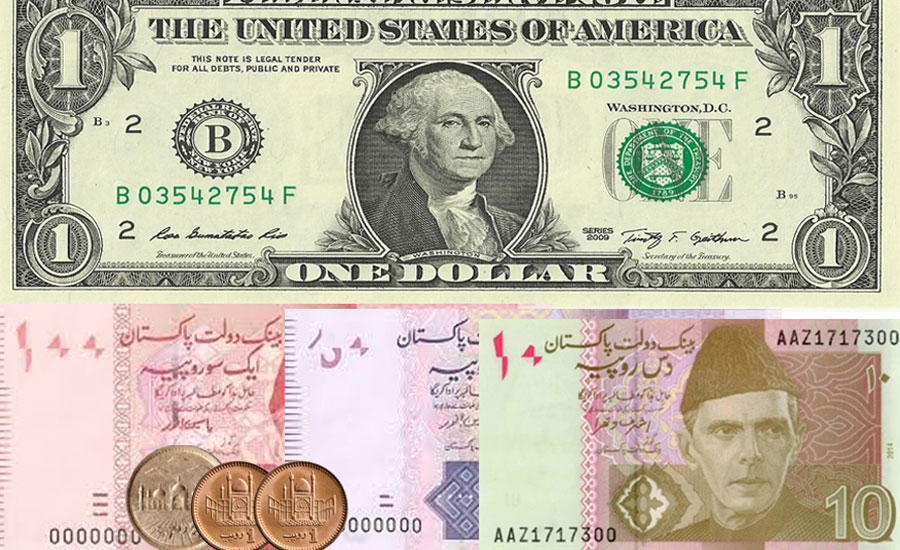 KARACHI (92 News) – The US dollar fell by Rs1.30 to reach Rs158.75 in the interbank market on Tuesday as the trading is continuing for the day.

The US dollar was closed at Rs160.5 in the last week. The US dollar fell by four rupees and five paisa to reach Rs160 in the interbank market on Friday.

The dollar reached all-time high of Rs164.05 after gaining Rs1.89 in the interbank market on Thursday.

According to the reports, the US dollar continued its upward trajectory against Pakistan rupee. However, dollar continued to soar against the Pakistani rupee, reaching a new all-time high in the interbank market.

A day earlier, the dollar price soared by Rs5.18 and reached Rs162 in the inter market. The Forex dealers say the latest increase is the highest in the history of the country. The Pakistani currency has been witnessing declining trend vis-a-vis dollar in the last few months.

According to data from the State Bank, the central bank’s foreign exchange reserves as of May 3 stood at $8.984 billion, equivalent to less than three months of import payments.

The continuous sliding rupee has caused alarm in Pakistan, which is already marred by inflation that is likely to average over 7 per cent for the year.

Surging costs for fuel and power too are both heavily influenced by the dollar exchange rate.