US economy speeds up in second quarter, wages continue to lag 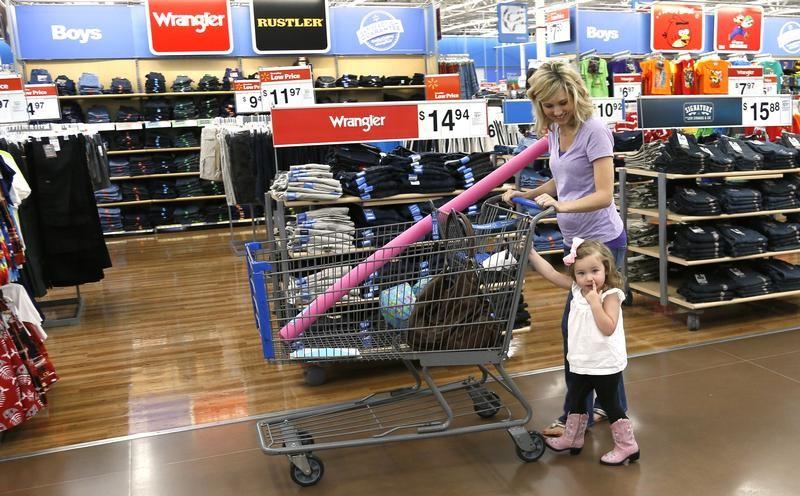 US economy speeds up in second quarter, wages continue to lag

WASHINGTON (Reuters) - The U.S. economy accelerated in the second quarter as consumers ramped up spending and businesses invested more on equipment, but persistent sluggish wage gains cast a dark shadow over the growth outlook.

Gross domestic product increased at a 2.6 percent annual rate in the April-June period, which included a boost from trade, the Commerce Department said in its advance estimate on Friday. That was more than double the first quarter's downwardly revised 1.2 percent growth pace.

Wage growth, however, decelerated despite an unemployment rate that averaged 4.4 percent in the second quarter. Inflation also retreated, appearing to weaken the case for the Federal Reserve to raise interest rates again this year.

"Although growth is solid, the lack of wage pressure buys the Fed plenty of time, and works with a very 'gradual' tightening cycle," said Alan Ruskin, global head of G10 FX strategy at Deutsche Bank in New York. "There is more here for the Fed doves than the hawks."

Prices of U.S. Treasuries rose after the data but pared gains as oil prices hit two-month highs. The dollar fell against a basket of currencies and stocks on Wall Street were trading mostly lower following recent hefty gains.

Economists expect the Fed to announce a plan to start reducing its $4.2 trillion portfolio of Treasury bonds and mortgage-backed securities in September.

The U.S. central bank left rates unchanged on Wednesday and said it expected to start winding down its portfolio "relatively soon." The Fed has raised rates twice this year.

The rise in second-quarter GDP was in line with economists' expectations. Output was previously reported to have increased at a 1.4 percent pace in the first quarter.

The economy grew 1.9 percent in the first half of 2017, making it unlikely that GDP would top 2.5 percent for the full year. President Donald Trump has set an ambitious 3.0 percent Upload Filesgrowth target for 2017.

Speaking to law enforcement officers in Brentwood, New York, Trump applauded the GDP data and said it was the result of his administration's rollback of some business and environmental regulations.

"We're doing well, we're doing really well and we took off all those restrictions," Trump said. "Some we're statutorily stuck with for a little while, but eventually that statute comes up and we're going to be able to cut a lot more."

But analysts are skeptical of the Republican president's vow to push through major tax cuts in the wake of his party's failure early on Friday in the Senate to pass a bill that would have repealed parts of former President Barack Obama's 2010 healthcare law.

So far, the political gridlock in Washington has not hurt either business and consumer confidence.

A resurgence in consumer spending accounted for the bulk of the pickup in economic growth in the second quarter. Consumer spending, which makes up more than two-thirds of the U.S. economy, grew at a 2.8 percent rate. That was an acceleration from the 1.9 percent pace logged in the first quarter.

But with wage growth remaining sluggish despite the labor market being near full employment, there are concerns that consumer spending could slow in the third quarter.

In a separate report on Friday, the Labor Department said wages and salaries increased 0.5. percent in the April-June period after accelerating 0.8 percent in the first quarter.

They rose 2.3 percent on a year-on-year basis. There were, however, strong wage gains in the information, finance and natural resources sectors.

"A tightening labor market ought to put upward pressure on wage rates, but employers are likely to resist increases as long as they can, given the state of productivity," said John Ryding, chief economist at RDQ Economics in New York.

That was the slowest rise in more than two years and followed a 1.8 percent rate of increase in the first quarter.

The gross domestic purchases price index, another measure of inflation pressures in the economy, increased at a 0.8 percent rate after advancing 2.6 percent in the prior quarter.

Businesses helped to carry the economy in the second quarter, with spending on equipment jumping at a rate of 8.2 percent, the fastest in nearly two years. It was the third straight quarterly increase.

Spending on mining exploration, wells and shafts grew at a 116.7 percent rate, slowing from the first-quarter's robust 272.1 percent pace. As a result, investment on nonresidential structures increased at a 4.9 percent pace, moderating from the January-March period's brisk 14.8 percent rate.

Though businesses continued to carefully manage their inventories in the second quarter, they spent more in some places. Inventory investment was neutral to GDP growth after slicing 1.46 percentage points in the first quarter.

Housing was a drag on growth in the last quarter, with investment on homebuilding contracting at a 6.8 percent rate, the worst performance in nearly seven years. Auto production slumped for a third straight quarter, while government spending rebounded after declining in the prior period.

Alongside the second-quarter GDP report, the government published revisions to data going back to 2014, which showed little change in the growth picture.