US envoy for anti-Islamic State coalition Allen to step down 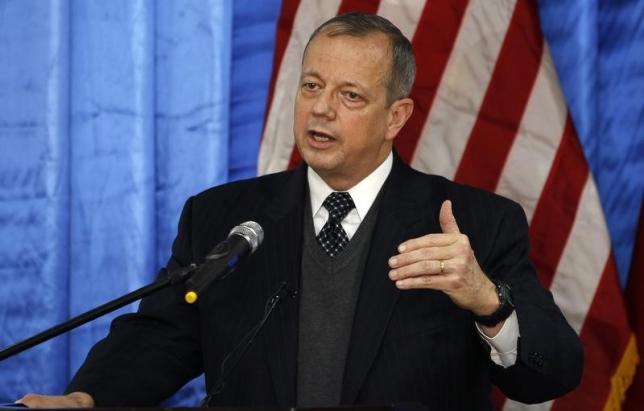 US envoy for anti-Islamic State coalition Allen to step down

WASHINGTON - The US special envoy for countering the Islamic State militant group, retired General John Allen, plans to step down for personal reasons, a US official said. Allen, a retired US Marine four star general and a former commander of NATO and US Forces in Afghanistan, had originally agreed to serve in the job for six months and has done it for a year, said the official who spoke on condition of anonymity. While acknowledging disagreements within Washington over US policy towards the militant group, which has seized control of parts of Iraq and Syria, the US official said Allen's plan to step down reflected personal, not professional, factors. The Syrian civil war has raged for more than four years, creating a vacuum in Syria that the Islamic State militant group has exploited to seize territory there and in neighbouring Iraq. Allen's job included rallying a US-led coalition that has carried out air strikes against Islamic State fighters in both nations. Asked if Allen had told colleagues he planned to leave, State Department spokesman Mark Toner did not answer directly, telling reporters that he "remains focussed on his duties." Allen's plans to step down were first reported on Bloomberg View. -Reuters