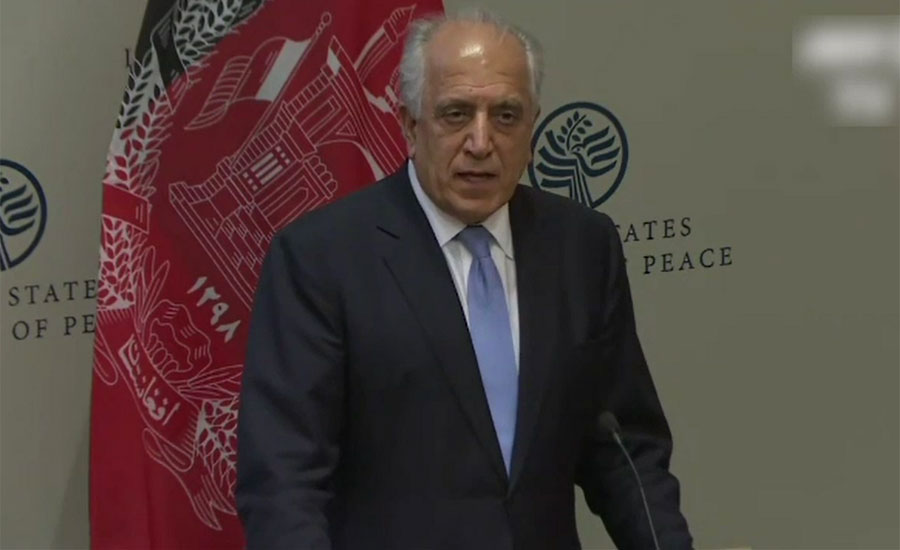 WASHINGTON (92 News) – US special envoy Zalmay Khalilzad said that he hopes peace agreement can be achieved with Taliban before July election. Addressing at the United States Institute of Peace in Washington, Zalmay Khalilzad acknowledged Pakistan's efforts and said that dialogues with the Talibans are at early stages and only two or three steps have taken towards peace establishment. Zalmay Khalilzad said that Pakistan has played a very positive role for the Afghan peace process. Pakistan has achieved the main position for reconciliation efforts. US envoy Zalmay Khalilzad further said that US wants to have a better relationship with Pakistan. Afghanistan's land should not be used against other countries, including the US. Earlier, Afghan peace talks organized by Russia held in Moscow.A 10-member delegation of Afghan Taliban participated in the talks. Russia had also invited former Afghan president Hamid Karzai to the talks. The talks, starting on Tuesday in Moscow, come 10 days after peace negotiations between the United States and the Taliban in Qatar ended with signs of progress toward the withdrawal of thousands of foreign troops from Afghanistan and an end to more than 17 years of war. The push for peace comes as the Taliban have staged near daily attacks and are in control of or contesting districts across nearly half the country. Moscow had decided to snub Afghan government officials, sources said, to ensure the participation of the Taliban who refuse to hold talks with representatives of Western-backed President Ashraf Ghani, branding them puppets of the United States.