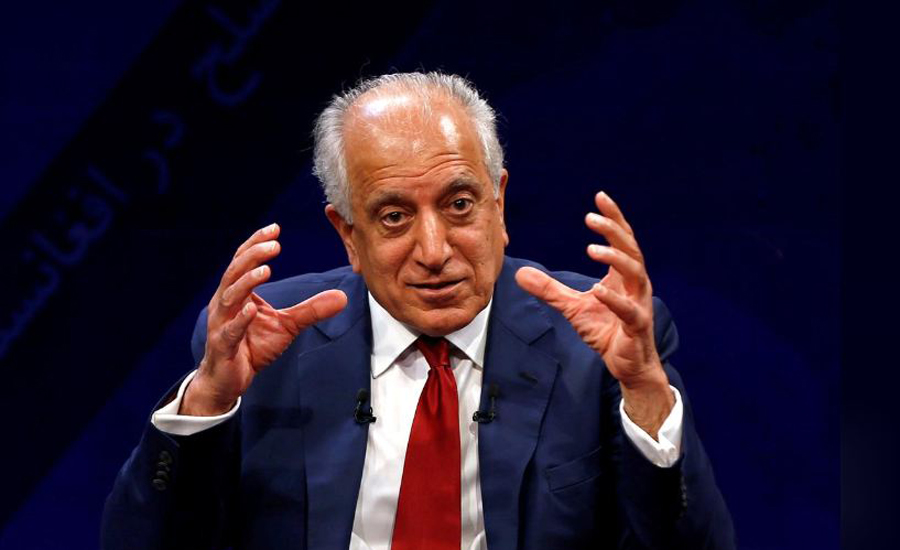 ISLAMABAD/WASHINGTON (Reuters) - A Taliban delegation met US Special Representative for Afghanistan Zalmay Khalilzad for more than an hour on Thursday, two sources told Reuters, the first known contact between the sides since US President Donald Trump called off talks last month. Trump halted the talks, which aimed at a plan to withdraw US troops from Afghanistan in exchange for Taliban security guarantees, following the death of a US soldier and 11 others in a Taliban bomb attack in Kabul. The Taliban is ready to stand by a tentative agreement struck in Doha before Trump canceled the talks, according to Pakistan’s foreign minister and sources from the militant group, who said the insurgents were eager to resume negotiations. However the meeting in Pakistan’s capital Islamabad did not represent a resumption of formal negotiations, official sources cautioned. “The Taliban officials held a meeting with Zalmay Khalilzad ... all I can tell you is that Pakistan played a big role in it to convince them how important it was for the peace process,” a senior Pakistan official told Reuters, but declined to be identified as he was not authorized to speak publicly. He added that the meeting, which was confirmed by a second source, did not involve formal negotiations on the peace process, but aimed at building confidence. He declined to elaborate further on the discussions. Pakistani Foreign Minister Shah Mehmood Qureshi told Reuters that the Taliban were set to meet with Khalilzad during their visits to Islamabad though he was not aware of what they discussed and exactly when a meeting was taking place. “They were due to meet Zalmay Khalilzad. I think that might have happened. I’m hoping that they have met,” he said on Friday. He added that the Taliban considered themselves as abiding by a tentative agreement signed with Khalilzad in Qatar before Trump called a halt to talks. “They’re ready to own their commitment,” he said. Two Taliban sources confirmed they viewed themselves as committed to the agreements reached in Doha and were disappointed when Trump pulled out of talks. The US embassy in Islamabad and the State Department in Washington declined to comment on whether there had been a meeting between the Taliban and Khalilzad. A State Department representative said Khalilzad had spent several days in Islamabad this week for consultations with authorities in Pakistan, but his meetings in Islamabad did not represent a restart of the Afghan peace process. Zabihullah Mujahid, a Taliban spokesman, would not confirm or deny that Taliban had met Khalilzad, adding that the Taliban delegation was still in Islamabad for meetings on Friday.

A Pakistan government source said that Pakistan would do “whatever possible” to get stakeholders, including Russia and China, to meet and work on guarantees of any successful peace arrangement. “The Taliban want all stakeholders like America, Russia, China...to sit together and give some guarantees that any deal done and signed wouldn’t be backed out before they resume the negotiations,” he said, adding that Pakistan’s government was also trying to ensure the Afghan government was included. Afghan President Ashraf Ghani has complained bitterly about the Taliban shutting his administration out of the previous talks. The US government told Kabul that Khalilzad planned to meet the Taliban in Islamabad, a senior Afghan government source said. However, Afghan officials were told the meeting was to discuss the 2016 kidnapping of two university professors, American Kevin King and Australian Timothy Weeks, in Kabul by the Taliban-affiliated Haqqani group. The source said the Afghan government does not want the peace process to resume unless it is led by Afghans. The Taliban delegation led by Mullah Abdul Ghani Baradar, one of the group’s founders, met Pakistan’s foreign minister on Thursday and both sides called for a resumption of the talks as soon as possible. The United States has long considered Pakistan’s cooperation crucial to ending the war in Afghanistan. Before the talks broke off, the United States and Taliban said last month they were close to reaching a deal, despite concerns among some U.S. security officials and in the Afghan government that a US withdrawal could bring more conflict and a resurgence of Islamist militant factions.