US envoy Zalmay Khalilzad to arrive in Pakistan tomorrow 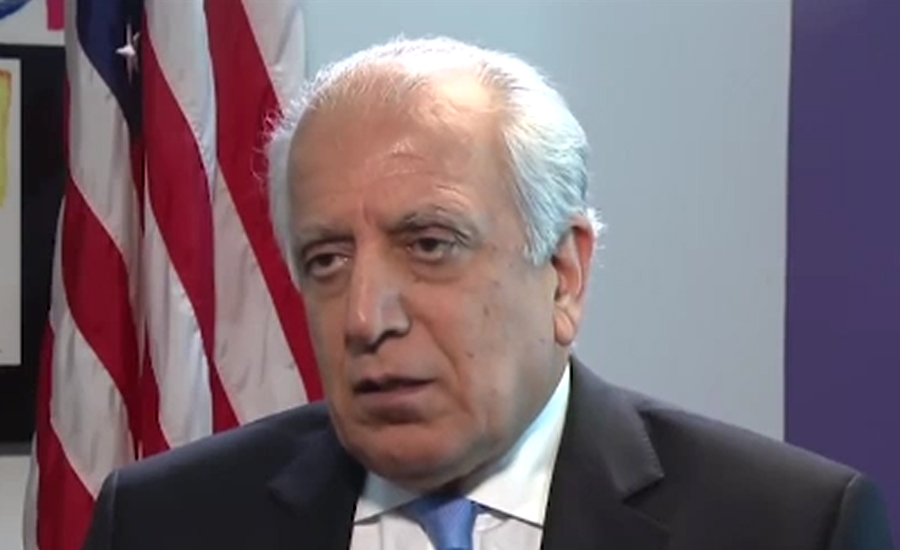 US envoy Zalmay Khalilzad to arrive in Pakistan tomorrow

ISLAMABAD (92 News) – US Special Representative for Afghanistan Reconciliation Zalmay Khalilzad will arrive in Pakistan tomorrow (on Tuesday). According to press release of the US State Department, the US envoy will arrive in Islamabad on Tuesday for Afghanistan reconciliations. During his visit, the US envoy will meet Pakistan’s civil-military leadership and hold talks about the Afghan peace process. The press release stated that Khalilzad – accompanied by an interagency delegation – will travel to Afghanistan, Russia, Uzbekistan, Turkmenistan, Belgium, the United Arab Emirates, and Qatar during his 18-day tour, from Dec 2 to 20. “Special Representative Khalilzad will be in communication with President Ghani, Chief Executive Abdullah, and other Afghan stakeholders to coordinate closely on efforts to bring the Taliban to the negotiating table with the Afghan government and other Afghans,” the press release also stated. Earlier in November, Khalilzad last visited the region, where he met with members of the Afghan civil society and other government officials. Earlier today, US President Donald Trump has written a letter to Prime Minister Imran Khan, seeking cooperation to bring Taliban to table of talks. Talking to senior journalists, the prime minister said that Trump had appreciated Pakistan’s role in the war against terrorism. He said that Pakistan will play its all-out role for peace in Afghanistan. Imran Khan said that they are hopeful of resolving the Kashmir issue peacefully. “Apologetic attitude was adopted towards the US in the past.” He said that Trump had expressed best wishes for Pakistan. The PM said that the Pak-US relations are thawing.