US expands intelligence sharing with Saudis in Yemen operation 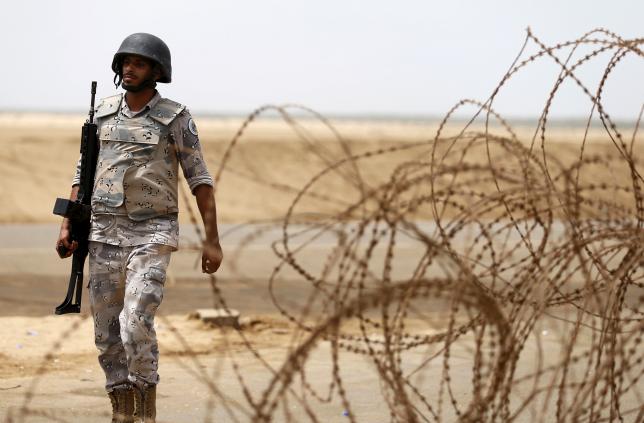 US expands intelligence sharing with Saudis in Yemen operation

WASHINGTON - The United States is expanding its intelligence-sharing with Saudi Arabia to provide more information about potential targets in the kingdom's air campaign against Houthi militias in Yemen, U.S. officials told Reuters. The stepped-up assistance comes as two weeks of relentless air strikes by the Saudis and other Gulf Arab allies have largely failed to halt advances by the Iran-linked Houthi forces. The US officials said the expanded assistance includes sensitive intelligence data that will allow the Saudis to better review the kingdom's targets in fighting that has killed hundreds and displaced tens of thousands since March. "We have opened up the aperture a bit wider with what we are sharing with our Saudi partners," said one US official. "We are helping them get a better sense of the battlefield and the state of play with the Houthi forces. We are also helping identify 'no strike' areas they should avoid" to minimize any civilian casualties, the official said. US ally Saudi Arabia is concerned that the violence could spill over the border it shares with Yemen, and is also worried about the influence of Shi'ite Iran, which has denied Saudi allegations it has provided direct military support to the Houthis. The United States, whose fight against al Qaeda militants in Yemen has been dealt a heavy setback by the Houthi takeover of the capital Sanaa and ousting of the previous government, has avoided a direct role in the worsening conflict. It will still stop short of picking targets for the Saudis, said the four US officials, who spoke on condition of anonymity. But Washington has come under pressure to do more to assist the alliance led by Saudi Arabia, which fears the Houthi advance is expanding the influence of arch foe Iran to its border. Saudi concerns of growing Iranian influence have also been heightened by nuclear talks between Tehran and world powers that could result in a deal by June 30 removing punishing sanctions on the country. A senior US diplomat said earlier this week that Washington was speeding up arms supplies and bolstering intelligence sharing with the Saudi-led alliance. The Pentagon has said it is beginning aerial refueling of Arab coalition jets – although outside Yemeni airspace. Until recent days, US intelligence support was limited to examining Saudi targeting information to try to affirm its accuracy, US and Saudi officials said. The US role has now expanded in size and scope, involving more detailed “vetting” of targeting information prepared by the Saudis, with a particular interest in helping the Saudis to avoid civilian casualties, according to the US officials. The White House and Pentagon would not comment specifically when asked about expanded intelligence-sharing. "The United States is providing our partners with necessary and timely intelligence to defend Saudi Arabia and respond to other efforts to support the legitimate government ofYemen," said Alistair Baskey, a White House spokesman.   LEGAL BARRIERS Aid groups have said the Saudi strikes, which began March 25, have caused many civilian deaths, including a March 30 attack on a Houthi-controlled refugee camp in northernYemen that the International Organization for Migration said killed 40 people. Senior Saudi officials have blamed such incidents on the Houthis themselves. The Saudi-led air campaign is aimed at rolling back territorial gains by the Houthis and reinstalling Yemeni President Abd-Rabbu Mansour Hadi, who has fled the country. While the White House announced US intelligence support soon after the operation began, American officials said that data sharing had been extremely minimal in the campaign's early days. That is partly due to legal barriers, the officials said. While the United States has used lethal force against an al Qaeda offshoot in Yemen, it does not consider itself at war with the Houthis. Some officials said the U.S. administration's analysis is that it lacks the ability under international and U.S. law to collaborate with the Saudis in an offensive against the Houthis. Baskey said that US actions were "fully consistent with applicable domestic and international legal requirements." Deputy Secretary of State Antony Blinken spoke in general terms about the expanded cooperation during a Monday visit to Riyadh, without disclosing specifics. "Saudi Arabia is sending a strong message to the Houthis and their allies that they cannot overrun Yemen by force," Blinken said. "As part of that effort, we have expedited weapons deliveries, we have increased our intelligence sharing, and we have established a joint coordination planning cell in the Saudi operation center," he added. The United States has sent a 20-member military coordination team to interact with the Gulf allies, led by Marine Major General Carl Mundy. Assigning a two-star general will facilitate interactions with other high-ranking officials from other nations, US officials said. The United States this week started daily air-to-air refueling flights of fighter jets from Saudi Arabia and the United Arab Emirates. But even with its refueling flights, the United States is exhibiting caution - carrying out the flights outside Yemeni airspace and requesting financial reimbursement from allies. It is still unclear how the United States plans to accelerate the delivery of bombs and guidance kits to its allies. One person familiar with the matter, speaking on condition of anonymity, said the United States might accelerate shipments to the United Arab Emirates, which could then also help resupply Saudi Arabia. - Reuters