US eyeing Iranian arms in Iraq, warns on sectarian tensions 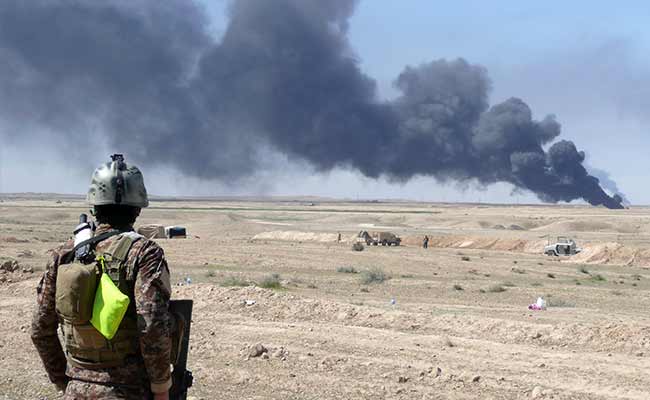 US eyeing Iranian arms in Iraq, warns on sectarian tensions

WASHINGTON - The United States is concerned about how heavy Iranian weaponry might be used inside Iraq, including as Iran-backed militia help the offensive to retake the Iraqi city of Tikrit from Islamic State militants, a US official said on Tuesday. Reuters has previously reported on the alleged presence of Iranian rockets inside Iraq. US officials declined to comment on specific Iranian weaponry after The New York Times reported it might include Fajr-5 artillery rockets and Fateh-110 missiles. Still, the US official said the potential use of heavy Iranian weaponry would raise questions about the risk of civilian casualties. The official, speaking on condition of anonymity, noted extensive US efforts to ensure precision in its strikes. "Our primary concern is how any weapons - artillery, rockets or other systems - are employed and the potential for civilian casualties or collateral damage," a second US official said, declining to comment specifically on Iranian weapons. The United States has warned that civilian casualties or other abuses by Iraqi forces and Shi'ite militia against Sunni Iraqis could inflame sectarian tensions, which helped pave the way for Islamic State's advance through Iraq last summer. US officials are watching with concern as the Iraqi militia and regular forces stage an offensive to retake Tikrit, former Iraqi leader Saddam Hussein's home city. At the State Department, spokeswoman Jen Psaki noted that the United States has previously acknowledged Iran's provision of supplies like arms, ammunition and aircraft to forces in Iraq. "We continue to emphasize that it's important that actions don't raise sectarian tensions," Psaki said, without delving into specifics on Iranian weaponry. If Iraq's Shi'ite-led government retook Tikrit it would be the first city clawed back from the Sunni insurgents and would give the government momentum in the next, pivotal stage of the campaign: recapturing Mosul, the largest city in the north. – Reuters