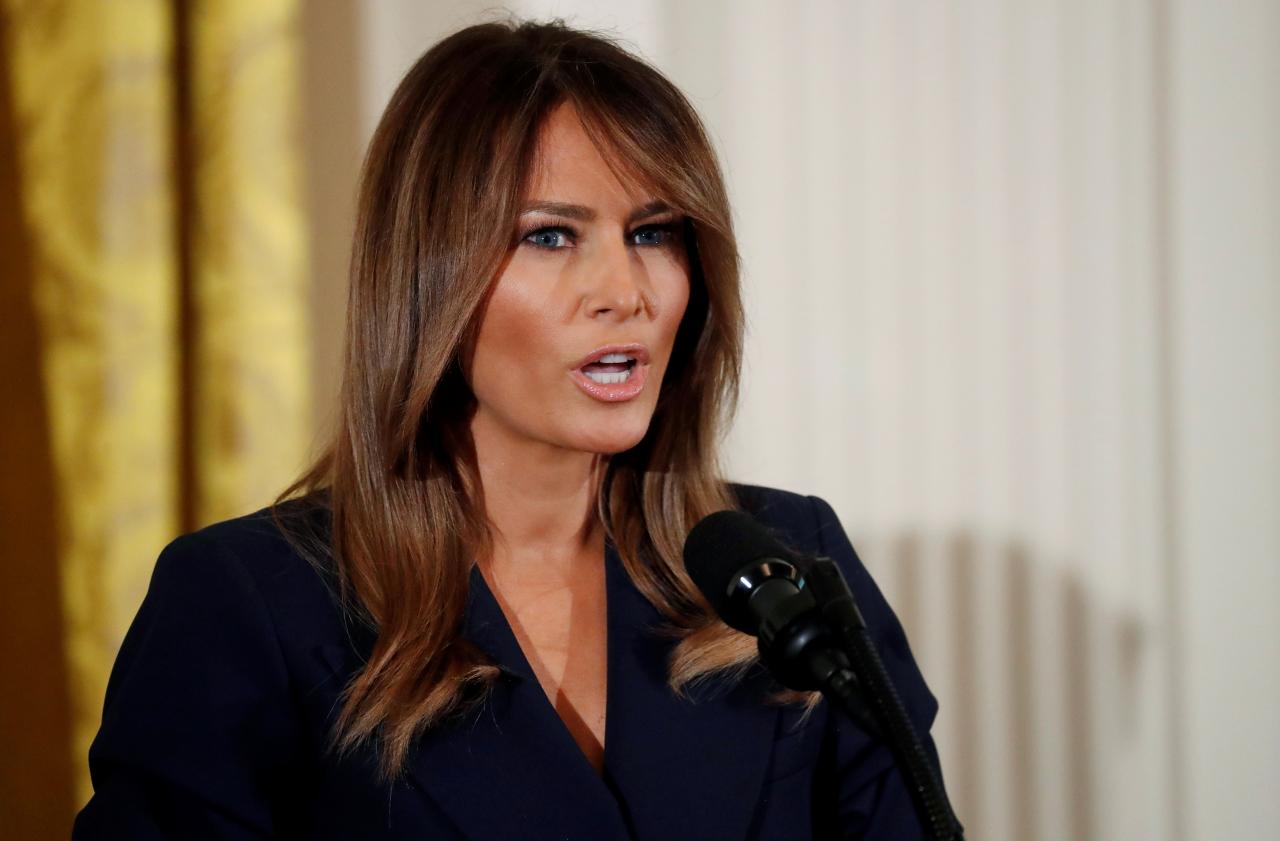 WASHINGTON (Reuters) - President Donald Trump’s wife, Melania Trump, will skip this week’s G7 summit in Quebec and does not plan to attend the planned June 12 summit in Singapore with North Korea, the White House said . Melania Trump attended the G7 meeting in Italy last year. The US first lady, 48, has not been seen in public since May 10 when she and the president welcomed home three Americans who had been held prisoner in North Korea. She underwent a surgical procedure on May 14 to treat a benign kidney condition and was released from the hospital on May 19. “She will not attend the G7 and there are no plans for her to travel to Singapore at this time,” her spokeswoman, Stephanie Grisham, said in an email. The White House said that the president and first lady would host a reception on Monday evening for the families of service members killed in the line of duty. The reception is not open to the press, the White House added. Last Wednesday, Melania Trump tweeted in response to news stories about her absence from public view. “I see the media is working overtime speculating where I am & what I’m doing. Rest assured, I’m here at the @WhiteHouse w my family, feeling great, & working hard on behalf of children & the American people!” she wrote on Twitter. A reporter for CNBC tweeted that he saw the first lady in the White House last Tuesday with her aides.