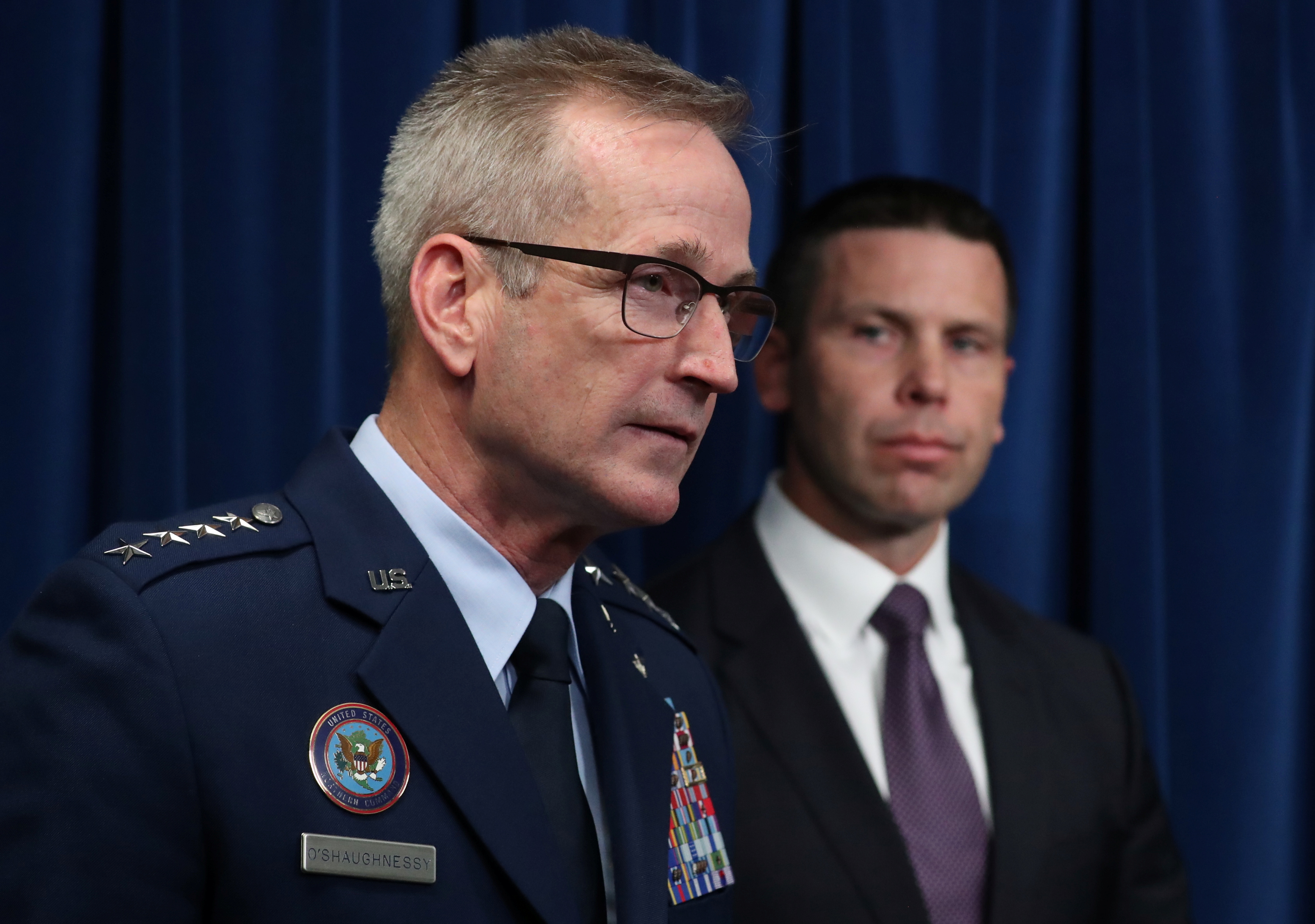 WASHINGTON (Reuters) - The top US general overseeing a deployment of more than 5,200 troops to the border with Mexico said on Tuesday that troop levels would rise further, but declined to say how high or estimate what the operation will cost.
Many basic questions remained unanswered a day after the Pentagon announced the open-ended deployment of over 5,200 active-duty troops to the border, including the scope of the mission as well as the Pentagon’s assessment of any threat posed by arriving migrants. President Donald Trump has hardened his stance on immigration ahead of the November 6 congressional elections. He has drawn attention to a caravan of migrants that is trekking through Mexico toward the United States as he seeks to fire up support for his Republican party, which is facing some tough battles as Democrats seek to wrest control of the US House of Representatives and the Senate. Republican lawmakers and other Trump supporters have applauded the deployment. But critics say Trump is politicizing the military, deploying them as a stunt to drive Republican voters to the polls without any real national security threat. General Terrence O’Shaughnessy, the head of US Northern Command, defended the operation at a briefing on Tuesday. He echoed Trump administration concerns about the caravan and compared the border support mission to other domestic military missions, like hurricane relief. “I firmly believe that border security is national security,” O’Shaughnessy said. The US military still had no firm idea of what the operation would cost, he added. Pentagon officials have said the Defense Department will need to find a way to pay for the operation, suggesting money may need to be taken from other national security programs. O’Shaughnessy said that just over 1,000 troops had deployed to Texas as of Tuesday, where they will carry out tasks like building barriers, erecting tents, and flying government personnel by helicopter to and from different locations along the border. He said the troops now slated to go to Texas, Arizona and California were only the start of a larger deployment and that eventually troops would go to New Mexico as well. “What I can confirm is there will be additional force over and above the 5,239. The magnitude of that difference, I don’t have the answer for now,” he said. The projected US deployment is already roughly the same size as the US military contingent in Iraq. Trump railed against illegal immigration to win the 2016 presidential election and has seized on the caravan of Central American migrants at campaign rallies in the run-up to next week’s vote. Trump has characterized the migrants as an “invasion” and falsely stated they harbour terrorists and are financed in part by Democrats. O’Shaughnessy declined to comment on intelligence about the caravan when asked whether there were terrorists among the migrants. He said the caravan was “different” than those seen by the United States in the past, adding that they were better organised. “We’ve seen violence coming out of the caravan,” O’Shaughnessy said. Mexico’s government said on Tuesday that it had deported two Honduran men for whom there were arrest warrants back home, one for homicide, the other for a drug-related offence. The two men, ages 21 and 47, crossed into Mexico with the migrant caravan in the state of Chiapas. Kevin McAleenan, the US commissioner of Customs and Border Protection, estimated on Monday that the caravan was comprised of about 3,500 migrants.