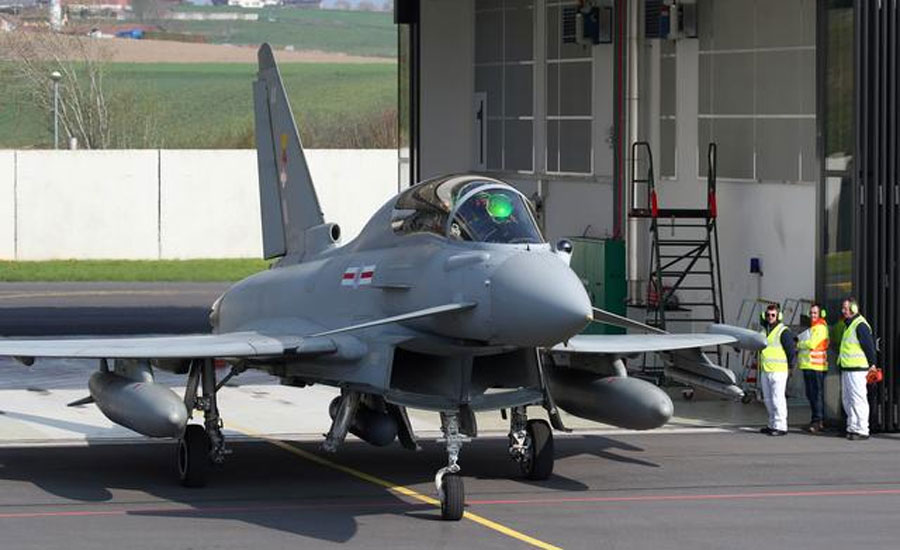 LONDON (Reuters) - US private equity firm Advent International won its battle to buy Britain’s Cobham for $5 billion on Monday, taking advantage of the weak pound to pounce on the defence and aerospace group that pioneered air-to-air refuelling. Chairman Jamie Pike told a shareholder meeting the management had “pushed as hard as they could push” and engaged in some “arm wrestling” before finally settling on a price that marked a 50% premium to the three-month average share price before the deal was announced. In the final tally, 93.22% of shares voted supported the takeover. Cobham, based in Wimborne Minster, south-west England, is the latest European company to be bought by a private equity firm seeking a home for their bumper cash balances. The deal was struck at 165 pence per share. The stock was trading at 161 pence on Monday after the result. Cobham, which employs 10,000 people to make its air-to-air refuelling system and communications equipment for military vehicles, has a storied history but has faced difficulties in recent years. Launched in the 1930s, Cobham equipment came to the fore ahead of World War Two and in the 1982 Falklands conflict. Its technology is now used in aircraft such as the F-35 Joint Strike Fighter and Eurofighter Typhoon as well as advanced naval vessels, satellites and military vehicles. However, the company is still recovering from a string of profit warnings in 2016 and 2017 that forced it to raise cash from shareholders and prompted Chief Executive David Lockwood to overhaul operations to improve its financial performance. He said the “heavy lifting” of the turnaround had largely been done and, from a personal point of view, he would regret leaving before the task had been completed. 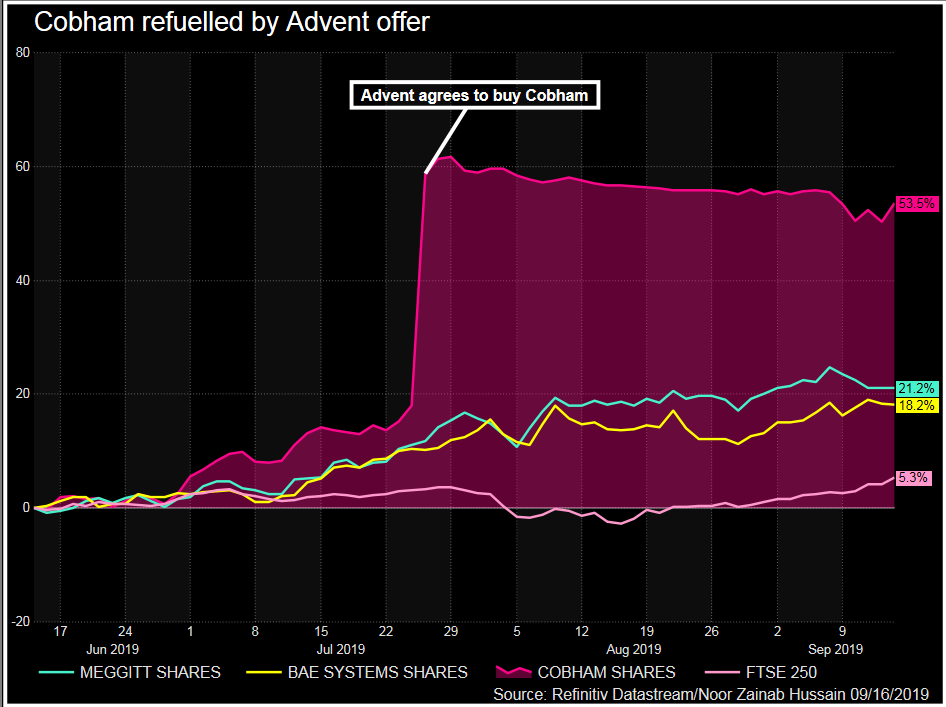 Long-term shareholder Christopher Sills told the meeting that private equity was taking advantage of Brexit uncertainty to make a grab for British industry. “It is short-termism at the worst,” he said. In reply, Pike said the board had undertaken a very rigorous analysis of Cobham’s value. “We felt that 165 pence was very adequate recompense for the future prospects for the business,” he said. “We don’t accept that we took a short-term view of the future of the business.” He added that the board had made significant efforts to encourage rival bids, but the process did not draw out another candidate. Lockwood said there was only one decision the board could take. But he acknowledged there was some emotional impact in seeing a British technological leader bought by U.S. private equity. “I have zero regrets on the IQ bit, the EQ bit, clearly it’s different,” he told reporters. He said takeover rules had limited interaction with shareholders throughout the process. “I am not convinced that there aren’t some tweaks we can make to the code to make sure we have better discussions,” he said. Advent has a track record in buying British technology, having snapped up electronics company Laird for $1.65 billion last year. Cobham’s Lockwood was Laird’s chief executive between 2012 and 2016. Some Cobham operations, such as its Advanced Electronic Solutions unit, have special security agreement status that allows them to bid for US defence contracts. Lockwood said that requirement would disappear under Advent ownership, enabling the group to combine infrastructure and share knowledge more quickly and easily within the company. He told Monday’s meeting that it was highly unlikely he would stay with the company because Advent would want US management, but he had yet to discuss the matter with Advent. Media reports have said previously that the family of the founder of Cobham had opposed the deal and made this clear to its biggest investors.