US insurers grilled on exposure to $4.7 billion J&J talc verdict 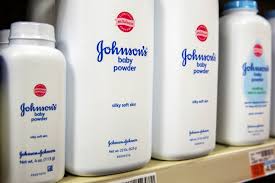 US insurers grilled on exposure to $4.7 billion J&J talc verdict

(Reuters) - Wall Street is trying to figure out whether the U.S. insurance industry will bear any costs from a record $4.69 billion judgment against Johnson & Johnson awarded to customers and their families who claimed that asbestos-contaminated talc caused ovarian cancer.
Analysts have flagged talc litigation as a financial risk for insurers, including Travelers Companies Inc, Chubb Ltd and The Hartford Financial Services Group Inc. On company earnings calls in recent days, they peppered executives with questions about where exposure might lie. Many of the policies were written decades ago, and some liability may have been offloaded to reinsurers, making it hard to tell who might be on the hook for payments. “I wanted to get a sense as to whether this is going to turn into a bigger deal and catch us by surprise,” said Buckingham Research Group analyst Amit Kumar, who asked about the issue during W.R. Berkley Corp’s call last week. “The J&J news prompted us to revisit this topic.” J&J has repeatedly denied that its talc products, including its baby powder, contain asbestos or cause cancer. Insurance executives have not given definitive answers, citing uncertainty about how litigation will play out or what role reinsurance might play. Policies that may cover asbestos liability were underwritten at least as far back as the 1970s. “In J&J’s case, we would not be surprised if the plaintiffs’ bar found a way to trigger coverage under its old liability policies, which we think could lead to additional exposure for insurers,” Barclays analyst Jay Gelb wrote in a research note on Tuesday. Travelers, Chubb and The Hartford may have exposure, Gelb said. Representatives for Chubb, Travelers, the Hartford and W.R. Berkely declined to provide additional comments beyond their executives’ remarks during the calls. Asked whether the J&J judgment is launching a new era of risk for insurers, Chubb Chief Executive Evan Greenberg said he is not concerned. He noted that asbestos litigation against different industries crops up every few years. “It could have been Congoleum manufacturers who made floor tiles,” Greenberg said last week. “This gets a headline because it’s baby powder.” The $4.69 billion verdict by a Missouri on July 12 is the largest judgment against J&J to date over decades-long allegations that its talc-based products cause cancer. [L1N1U81WS] The New Jersey-based healthcare conglomerate has said it believes the verdict will not stand on appeal. “We are confident that there are multiple grounds for reversal of this jury verdict and that, ultimately, the case will be reversed,” J&J Chief Executive Alex Gorsky said earlier this month. The company has had previous success overturning large verdicts in cases alleging harm from its products. J&J, which faces 9,000 cases nationwide over talc, stopped buying product liability coverage in 2005 because it was expensive and not widely available, according to a regulatory filing. Instead, it has a self-insurance program through a subsidiary, Middlesex Assurance Company Ltd, according to a filing and court documents. J&J spokesman Ernie Knewitz did not respond to requests for comment on its insurance coverage. It is unclear how much of a role reinsurance will play for insurers or J&J. The Hartford entered a reinsurance pact with Berkshire Hathaway Inc’s National Indemnity Company in 2016 for asbestos and environmental claims. But the terms excluded coverage for “alleged connections between talc and ovarian cancer,” Hartford Chief Financial Officer Beth Bombara said during a conference call on Friday. The Hartford spokesman Matthew Sturdevant declined further comment. Berkshire Hathaway’s vice chairman for insurance operations, Ajit Jain, declined to comment. Other insurance executives said they have been monitoring talc litigation for years and will continue to do so. “The general theme is to let the process play out,” Wells Fargo analyst Elyse Greenspan said in an interview.