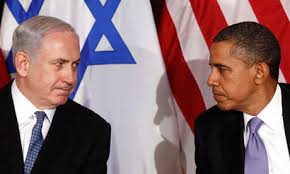 WASHINGTON/JERUSALEM (Reuters) - As relations between President Barack Obama and Benjamin Netanyahu hit a new low over the Israeli prime minister’s planned speech to Congress and a looming deadline for a nuclear deal with Iran, there are growing signs it could damage the broader US-Israeli alliance. Already there has been some fraying of the usually strong relationship amid the frosty personal ties between the two leaders and a deepening divide over the Iran talks, which Israel fears will allow its arch foe to develop an atom bomb. US officials are fuming over what they see as an affront by Netanyahu over Obama's Iran diplomacy ahead of an end-of-March deadline for a framework nuclear agreement. Israeli officials and hard-line US supporters are just as adamant in defending Netanyahu’s right to take center-stage in Washington on Tuesday to sound the alarm over the possible deal. US and Israeli officials insist that key areas of cooperation from counter-terrorism to intelligence to cyber security have been unaffected and will remain so. But the rift - shaping up as the worst in decades between the allies due to its partisan nature – could have a real impact in some areas, making it harder for Israel to press concerns directly with senior US officials, for example. As one former US official put it: “Sure, when Netanyahu calls the White House, Obama will answer. But how fast will he be about responding (to a crisis)?” US officials last month even went as far as accusing the Israeli government of leaking information to the Israeli media to undermine Iran negotiations and took the unusual step of limiting further sharing of sensitive details about the talks. The rift is considered potentially far-reaching because it marks a dramatic departure from Israel’s long tradition of carefully navigating between Republicans and Democrats. A US official, speaking on condition of anonymity, said the “politicized” nature of Netanyahu’s visit threatens “what undergirds the strength of the relationship”, though he said there was shared interest in keeping the alliance strong. People on both sides, including current and former officials, US lawmakers, independent experts and Washington lobbyists, expressed concern about a broader fallout on ties. At the same time many of them point to the two countries’ history of being able to “compartmentalize” diplomatic disputes to preserve cooperation on other shared priorities. FRAYING FABRIC OF RELATIONSHIP There are ways that Obama, whose aides see an Iran nuclear deal as a potential signature achievement for a foreign policy legacy short on major successes, could make his displeasure felt in the final two years of his presidency. Israelis have long fretted over the possibility that Washington might not be as diligent about shielding Israel at the United Nations and other international organizations. One Israeli official acknowledged the prospect is now more worrisome when the Palestinians are resorting increasingly to global forums like the International Criminal Court to press grievances against Israel and Europeans are losing patience with Israel over settlement building on occupied land. Obama also has the option of trying to restart moribund Middle East peace efforts and putting more pressure on Israel for concessions to the Palestinians. Whether he does so could depend partly on the outcome of Israel’s March 17 election, when Netanyahu faces a stiff challenge from the center-left. Netanyahu is expected to use his speech to urge lawmakers to approve new sanctions against Iran despite Obama’s insistence that such legislation would sabotage nuclear talks and he would veto it. It has driven a rare wedge between his government and some congressional Democrats. Some two dozen or more of them plan to boycott the speech, according to unofficial estimates. Using strikingly strong language, Obama’s national security adviser Susan Rice called the political partisanship caused by Netanyahu’s coming address “destructive to the fabric of the relationship” with Israel. “What the prime minister is doing here is simply so egregious that it has a more lasting impact on that fundamental underlying relationship,” said Jeremy Ben-Ami, head of J Street, a liberal pro-Israel lobbying group aligned with Obama’s Iran policy. Netanyahu, who will address the influential pro-Israel lobby AIPAC on Monday, has remained defiant. Even so, he is expected to try to keep tensions from spiraling. And no one believes the Obama administration would abandon it should a new military conflict erupt with Hamas in the Gaza Strip or with Hezbollah in Lebanon. "Let’s not forget the US needs every friend it has in the Middle East," said Aaron David Miller, a former Middle East negotiator for Democratic and Republican administrations.