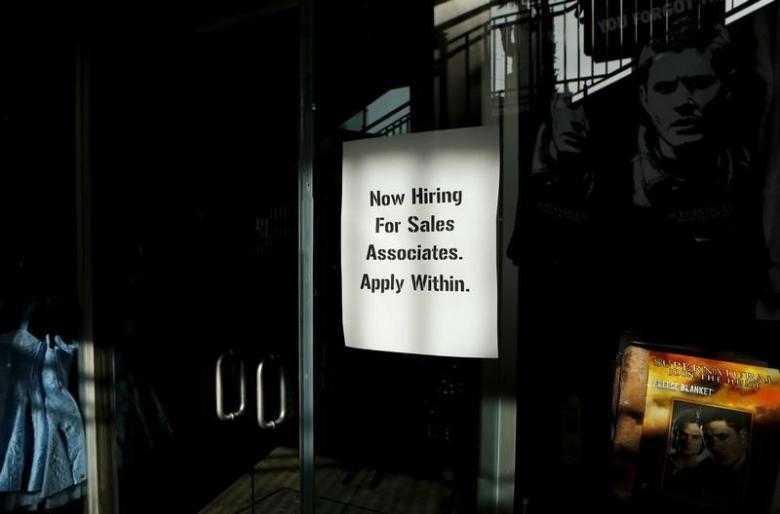 WASHINGTON – The number of Americans filing for unemployment benefits unexpectedly fell last week, pointing to sustained labor market strength even as the pace of job growth is slowing.
Despite signs of underlying labor market strength, also corroborated by record high job openings, August's slowdown in job growth, together with sluggish factory and services sector activity could encourage the Federal Reserve to keep interest rates unchanged at its Sept. 20-21 policy meeting. "The labor market has not been this good since the 1970s. The Fed has operational risk," said Chris Rupkey, chief economist at MUFG Union Bank in New York. "Rates are a long way from normal levels and the Fed has no firepower to come to the aid of the economy if a recession were to hit." Initial claims for state unemployment benefits decreased 4,000 to a seasonally adjusted 259,000 for the week ended Sept.3, the lowest level since mid-July, the Labor Department said on Thursday. Economists had forecast first-time applications for jobless benefits rising to 265,000 in the latest week. It was the 79th straight week that claims remained belowthe 300,000 threshold, which is associated with robust labor market conditions. That is the longest stretch since 1970, when the labor market was much smaller. The four-week moving average of claims, considered a better measure of labor market trends as it irons out week-to-week volatility, fell 1,750 to 261,250 last week. U.S. financial markets were little moved by the data. The dollar touched a two-week low against the euro after European Central Bank President Mario Draghi said an extension of the ECB's asset-purchase program was not discussed at Thursday's meeting. Prices for U.S. government debt fell, as did U.S. stocks. The U.S. central bank raised its benchmark overnight interest rate at the end of last year for the first time in nearly a decade, but has held it steady since amid concerns over persistently low inflation. JOBS MARKET RESILIENT A report on Wednesday showed job openings hit a record high in July, though hiring continued to lag, suggesting a possible skills mismatch. The very low level of claims together with all-time high job openings suggests the labor market remains healthy, even though employment growth moderated in August after payroll gains averaged 273,000 jobs per month in June and July. The economy created 151,000 jobs in August, still well above the roughly 100,000 jobs that Fed Chair Janet Yellen says is needed to keep up with growth in the working-age population. "The labor market remains tight. The problem with the labor market is the shortage of workers who have the necessary skills and are willing to work at the prevailing wage," said John Ryding, chief economist at RDQ Economics in New York. With the labor market near full employment and the economy's recovery from the 2007-09 recession showing signs of aging, the slowdown in job growth is normal. Despite labor market resilience, data so far for August suggest some cooling in economic activity. Manufacturing contracted in August for the first time in six months and services sector activity was the slowest in 6-1/2 years. Thursday's claims report also showed the number of people still receiving benefits after an initial week of aid fell 7,000 to 2.14 million in the week ended Aug. 27. The four-week average of the so-called continuing claims slipped 4,000 to 2.15 million. –Reuters