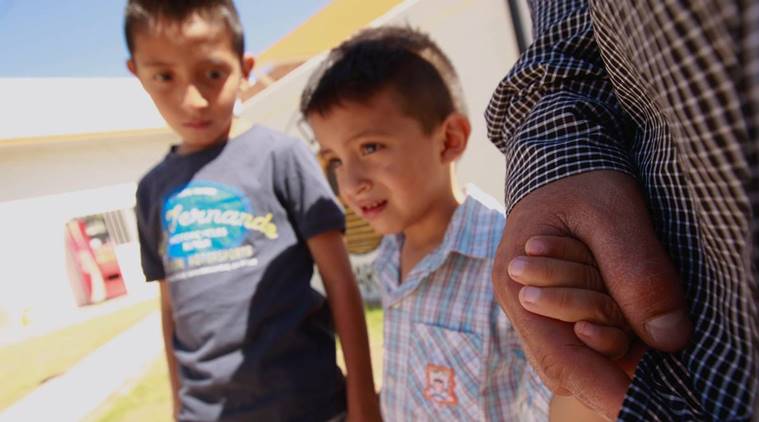 WASHINGTON (Reuters) - A civil rights group asked a federal judge to order the US government to provide mental health counselling for the around 2,000 immigrant children separated from their parents by officials at the US-Mexican border. The request by the American Civil Liberties Union follows a chaotic week for US immigration officials, who failed to meet a court-ordered deadline on Tuesday for reuniting children under the age of five. The government “must establish a fund to pay for professional mental health counselling, which will be used to treat children who are suffering from severe trauma as a result of their forcible separation from their parents,” said the ACLU in court papers The group said the cost of the fund could be determined at a future date. The rights group brought the lawsuit that prompted US Judge Dana Sabraw in San Diego last month to order the government to reunite families separated at the border. The family separation policy was instituted as part of President Donald Trump’s efforts to curtail illegal immigration. The administration ended the practice last month after widespread protests. The government, in the same court filing , acknowledged that it had missed a Tuesday deadline for reuniting the youngest children with their parents, but said it had now complied with the judge’s order. However, nearly half — 46 of the 103 children under five — remain separated because of safety concerns, the deportation of their parents and other issues, according to the court document. Sabraw’s June 26 order contained exceptions for parents deemed unfit or a danger to their children. The ACLU also said the government failed to communicate with the plaintiffs about when and where immigrants would be released, something it had promised the judge it would do. In one case, the ACLU said, immigration officials reunited a mother with her six-month-old daughter then dropped them alone at bus stop late at night. The woman finally obtained a bus ticket around midnight Tuesday after her attorney and an advocate got involved, the rights group said. In addition to mental health counselling, the rights group also asked the judge to order the government to provide detailed information by Monday about all children not yet reunited and to speed up background checks and verifications of family relationships. The government now must reunite all parents and the roughly 2,000 remaining children by July 26. The government’s struggle to reunite around 100 children under five has raised questions among immigration advocates if it has any coherent plan for reuniting the remaining families. Immigration officials have said the process was slowed by background checks, and court papers said it identified one parent with a warrant for murder in Guatemala and others with suspected human trafficking violations. Other parents were barred from being reunited for less serious violations, such as drunk driving convictions. “Throughout the reunification process our goal has been the well-being of the children and returning them to a safe environment,” Homeland Security Secretary Kirstjen Nielsen, Attorney General Jeff Sessions and Health and Human Services Secretary Alex Azar said in a statement. “The reunification process has been chaotic and has unequivocally come at a cost,” Beth Krause, a supervising lawyer at the Legal Aid Society’s Immigrant Youth Project, said in a statement.