US judge dismisses suit versus Google over facial recognition software 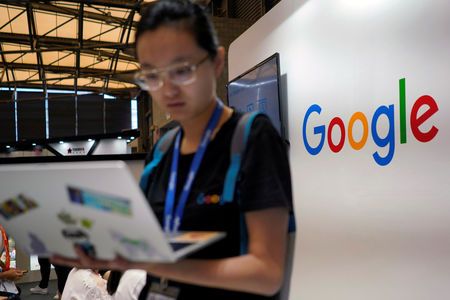 US judge dismisses suit versus Google over facial recognition software

CHICAGO (Reuters) - A lawsuit filed against Google by consumers who claimed the search engine’s photo sharing and storage service violated their privacy was dismissed by a US judge who cited a lack of “concrete injuries.” US District Judge Edmond Chang in Chicago granted a Google motion for summary judgment, saying the court lacked “subject matter jurisdiction because plaintiffs have not suffered concrete injuries.” The suit, filed in March 2016, alleged Alphabet Inc’s Google violated Illinois state law by collecting and storing biometric data from people’s photographs using facial recognition software without their permission through its Google Photos service. Plaintiffs had sought more than $5 million collectively for the “hundreds of thousands” of state residents affected, according to court documents. Plaintiffs had asked the court for $5,000 for each intentional violation of the Illinois Biometric Information Privacy Act, or $1,000 for every negligent violation, court documents said. Attorneys for the plaintiffs as well as officials with Google could not immediately be reached to comment. Google had argued in court documents that the plaintiffs were not entitled to money or injunctive relief because they had suffered no harm. The case is Rivera v Google, US District Court, Northern District of Illinois, No. 16-02714.