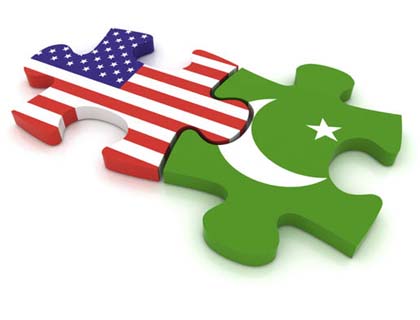 (Agencies/Web Desk) - Asserting that Pakistan has neither cut ties with terrorists nor renounced their use as an instrument of state policy, two top American lawmakers have urged US Secretary of State John Kerry to consider travel restrictions, suspending portions of assistance and sanction officials who maintain relationships with designated terrorist groups. "We remain deeply concerned that Pakistan has failed to take meaningful action against key Islamist terrorist groups operating within its territory," Congressmen Ed Royce, Chairman of the House Foreign Affairs Committee, and Eliot Engel, the Committee's Ranking Member, said in a letter to Kerry. In the letter, dated February 12, the two Congressmen expressed serious concerns about Pakistan's failure to combat Islamist terrorist groups operating within its territory. "We welcome Pakistan's recent announcement that it will soon ban the Haqqani network, but are sceptical that this will result in any real change to Pakistan's policy. After all, groups like LeT and JuD are ostensibly banned and still able to operate with virtual impunity," the two Congressmen wrote. "Just days ago, on January 25, JuD held a rally in Karachi that appeared to have taken place with government permission. Indeed, given Pakistan's history of support for terrorist groups, we are concerned that an outright ban will never come," they said. The United States should pursue a different approach with the Pakistani Government, Royce and Engel said. "We urge you to consider implementing travel restrictions, suspending portions of assistance, and sanctioning Pakistani officials that maintain relationships with designated terrorist groups. Such an approach would make clear that the US and Pakistan cannot have a true strategic partnership until Pakistan cuts all ties with terrorist organisations and renounces its use as an instrument of state policy," the two lawmakers demanded. Royce and Engel said while the Government of Pakistan has taken some steps to disrupt al-Qaeda and the Tehrik-e-Taliban Pakistan (TTP), it has done much less to combat other designated foreign terrorist groups such as Lashkar-e-Tayyiba (LeT), Lashkar-e-Jhangvi, and Jaish-e-Muhammad. "This selective approach appears to stem from a misguided belief that some terrorist groups serve Pakistan's foreign policy goals in India and Afghanistan," they said. "We appreciate that you and other senior level administration officials regularly raise the need to confront these groups with Pakistani officials. Yet, it does not appear that this engagement has resulted in any real change in Pakistan's policies," they said.